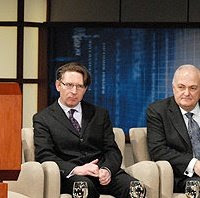 [illustration: my current Facebook profile picture, a sourpuss expression that offers a tiny window to my ugly soul. Plus, my hair is out of kilter.]
by J J Cohen

Last week I gave a paper at NYU. Time has already conveyed that event far from me, in the way that time will sometimes pluck and flee with that which you most want to hold close.

My New York trip offered some moments of pause during a period of intense activity. The preceding week had been filled with twelve- and thirteen-hour days as festivities related to my chairing the English Department and my directing GW MEMSI vied with obligations less enjoyable to fulfill. The New York trip, on the other hand, offered a brunch chez Karl that began around noon and ended only as the sun was forcing long shadows from the Brooklyn trees, late drinks at a bar where we lingered in growing quiet until the place closed, a train ride during which I surrendered every thought to Chrétien de Troyes while lounging in the "Quiet Car" (what library-loving scholar invented the "Quiet Car"? Why doesn't every transportational mode have a "Quiet Car"?). 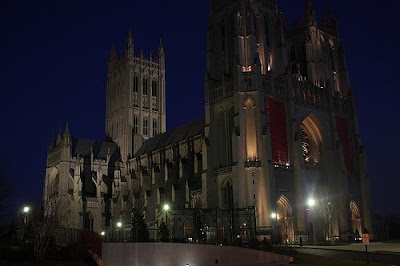 These moments of pause did not last. The moment I returned home I was attacked by an eleven year old and a four year old, both of whom wanted many things from me -- primarily the sugar-fortified treats I had lugged from the Zaro's in Penn Station, but also this weird thing called "parental love" that I hear so much about and try hard to feel.

The week is only halfway elapsed, and already I am dreaming of its termination. Yesterday's agenda, for example, included attempting to answer ten to the ninth power of emails; ironing out problems with the fall teaching schedule; soothing a grad student and an adjunct in distress; and courting a potential donor over lunch. Then the president of GW hosted the English Department's faculty meeting at his home: he is, after all, a literary scholar and a member of my department. I seized the chance to appoint him Chair of the Student Complaints Committee, but he deftly avoided my authority. But I had to run from the cookies, sherry, and bons mots to grab my son Alex and convey him to Hebrew school -- a disciplinary apparatus about which, to his immense credit, he complains far less than I do.

On a typical Tuesday and Thursday my wife drops Alex off at synagogue because she can leave work earlier than I can get out the door. I pick up my daughter from preschool on my way home from GW, and then the three of us eat a quick dinner before I leave to retrieve Alex. We do this little ballet twice a week, and we do it pretty well. Yesterday, though, Wendy and Katherine had an obligation in Virginia, so I had to excuse myself from the department meeting/sherry swilling party early and dance the choreography solo. Fine, of course ... but as I said good-bye to Alex and wandered south into Glover Park to eat dinner by myself, I realized it was the first moment I had had to myself since running that morning (at 5 AM). I wasted most of this alone time by eating take out food from Whole Foods while reading the latest Studies in the Age of Chaucer: what a nerd. Afterwards, though, as the clouds darkened to deepest blue, I walked back towards the synagogue with my headphones on, my iPod turned to "In Our Bedroom After the War." I was early, so I was taking my time.

The breeze was too mild for February, the rush hour headlights too beautiful for mere machinery. The floodlit National Cathedral should have been the intrusion of postcard platitude into the dullness of an ordinary evening, should have made me return to my thoughts of business and of how time escapes. Yet the cathedral's tower drew my eyes and held them, impossibly clean and vexingly modern tribute to distant medieval architectures. There I was in Washington, the song playing, the evening warm, caught bewteen a church and a synagogue, and grateful for the pause.
Posted by Jeffrey Cohen at 1:46 PM

What a beautiful post! I'm not so eloquent, so I'll leave it at that.

Except ... yes, those quiet cars are wonderful. I discovered them on a trip from Philly to DC. They're not on every train, though, so you have to explore if you want to find it (or ask, except I've found conductors don't always know what you're talking about, even if their train has a quiet car). Plus, when people do make noise in the quiet car, no one ever tells them to stop. So the conductors really should patrol it once in a while ... or rename it the "quieter" car. In any case, it's definitely better than the rest of the train, and I must say, you used it wisely.

Like I have any trouble shushing people in the Quiet Car? My inner librarian comes right out.

::makes note to bring Jeffrey along on train trips::