After the End: BABEL's First Biennial Conference in Austin, Texas 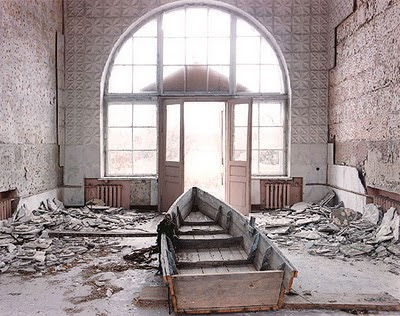 The BABEL Working Group, postmedieval: a journal of medieval cultural studies, and the University of Texas at Austin will be co-hosting the first of what will hopefully be a regular, biennial conference this coming November [4-6 November 2010], under the banner, "After the End: Medieval Studies, the Humanities, and the Post-Catastrophe," and there is still 2 weeks to submit individual paper and session proposals. More full details on that here:

After the End: Medieval Studies, the Humanities, and the Post-Catastrophe

Given the recent fiasco in the Gulf of Mexico, thanks to BP's ineptitude [to put it mildly], the recent earthquakes in Haiti, China, and Chile, global warming, the wars in Iraq and Afghanistan, the economic meltdown of 2008, the genocide in Darfur, the ongoing violence between Israel and Palestine, the wars between Russia and Chechnya, the rapid growth of global squatopolises [just to name a very few "catastrophes" of our contemporary moment], and also the constant debates and fretting over the future of the humanities at the very moment that such brilliant work has been undertaken within the university to dismantle traditional notions of the human, history, and time, the moment seems ripe for a vigorous conversation across fields and periods within the humanities, in order to "reopen the questions of subjectivity, materiality, discursivity, knowledge, to reflect on the post of posthumanity" and also to "reinstall uncertainty in all theoretical applications, starting with the primacy of the cultural and its many turns" [Teresa de Lauretis]. To that end, we have envisioned this conference as a sort of "merger" between pre- and early modern studies, cultural studies, modern studies, and queer & sexuality studies, and I hope many of our readers here at In The Middle will consider joining us for what I can promise will not be a typical conference, either in terms of the sessions themselves, the plenary talks, or the planned social events. In the meantime, there are also three sessions in particular for which individual papers are still needed that I will share with you here:

For the 1st Biennial Meeting of the BABEL Working Group, we invite essays that collaboratively explore what we are calling the “transcultural Middle Ages,” a project that would track the flow of ideas, words, people, goods, money, books, art objects, and artifacts across national boundaries. Through this project we hope to encourage collaborative migrations into conceptual territories mapped by geographical “middles,” by trails and routes. Our aim is to explore movement across and between medieval cultures generally understood as distinct and internally homogeneous, to reveal the hybridity and fluidity produced by cultural interaction: by commercial traffic, migration, nomadism, intermarriage, imperialism, and diaspora. Two border crossings are central to our purpose. First, we want to shift the focus within medieval studies from the uniqueness or distinctiveness of the national cultures that have defined medieval studies, encouraging scholarship that elucidates the mobility of cultures and the exchanges between them, ultimately decentering Europe as the locus of medieval culture. For this reason we are especially interested in work from outside of Europe or work that connects Europe to other areas of the world. Second, we want to encourage traffic between disciplines, fields, areas of expertise in the academy. We want to establish a place “in the middle” where scholars with different expertise can come together and create a common space and language for thinking more globally about routes that connect rather than borders that separate and define. And in so doing perhaps rethink their own expertise. Please send paper proposals to Laurie and/or Marty no later than July 1, 2010.

I think the question of style, as it applies to medievalism, is precisely the overcoming of that dichotomy between Nature and Man: a third element. And when the critique proceeds through the denunciation of the inimitability of someone's style, as if it was the third sex, ungenerative, queer, sterile, sodomitic, lesbian, etc., the critic unconsciously puts his finger on exactly what style is; but that critic is mistaken about the style's generative powers. In fact, style, neither fact nor theory but facilitating the transition between the two, is . . . the generative principle itself. --Anna Klosowska, "Is Style a Historical Method?"

Recent scholarship in medieval studies has offered some provocative experiments in style. Authors such as Kathleen Biddick, Carolyn Dinshaw, Jeffrey Jerome Cohen, Cary Howie, and David Wallace have blended the conventions of academic writing with those of fiction, drama, memoir, and lyricism. As these registers merge, they can produce what has been called a queer historiographical encounter (or in Elizabeth Freeman’s terms, “an erotohistorography”), a “poetics of intensification,” and even a “new aestheticism.” This panel will explore what is at stake, and what might be lost or gained, when medievalists take on the risk of telling personal stories, staging fictionalized encounters, and inventing new styles and modes of address in their scholarly work. Some questions to be considered might include: what can be said about the “style” of academic discourse at the present time? Is style merely supplemental to scholarly substance? As scholars, are we “subjects” of style? And what is the relationship between style and theory? Is style an object, a method, or something else? Please send paper proposals to Anne no later than July 1st.

Recent postmodern work in psychoanalytic theory and gender studies has opened windows into how early literatures processed and manifested concepts of subjectivity and the personal on the one hand and cultural difference (sexual, gender, racial, class, national) on the other. This panel on cognitive alterities will draw upon the current medical and theoretical research into neurobiology and how the brain functions (and dysfunctions) to shed light on how the Middle Ages incarnated an understanding of diversity in cognitive processes. Contemporary neuroscientists such as Antonio Damasio (The Feeling of What Happens: Body and Emotion in the Making of Consciousness, 2001; Looking for Spinoza: Joy, Sorrow, and the Feeling Brain, 2003) have examined the diverse effects of emotion and the personal, particularly after injury or other impairment, on the brain's processes of decision-making and judgment, modes of consciousness, language, memory, and the creative. This panel seeks submissions (preferably interdisciplinary) on how the mind thinks differently in the Middle Ages, and how medieval cultures imagined in such differences the individual and personal, through various forms of subjective media. Please send paper proposals to Jane no later than July 1st.

"No medieval stone exists alone, but is an actor in a narrative that exceeds any use value, any practicality, a gem of aesthetic efflorescence that conveys conventional histories and received traditions beyond any border that they would ordinarily cross. " -Jeffery Jerome Cohen, "Stories of Stone"

Following Jeffery Jerome Cohen's meditation on stones and Susan Signe Morrison's call for a fecopoet[h]ics in the inaugural edition of Post/medieval, this panel is an exploration the boundaries of the inanimate. How do we understand the inanimate objects that make up our world as (1) stones, bridging the gap between our frailty and their seeming eternity, as (2) waste products to be eliminated from consciousness, as (3) tools, whose existence would seem predicated upon the use of man? In what ways does our relationship with things define our relationship with ourselves and others? How do we define the inanimate objects in our environment, and how does this definition in turn restrict or expand our understanding of the human? How might the brass horse in the "Squire's Tale" or the Mechanical Turk be understood as bridging the boundary between the inanimate and animal studies or orientalists perspectives? How might Graham Harman's Tool-being be understood in terms of the speaking objects in the Book of Exeter riddles or the Dream of the Rood? If things are simply part of the architecture of our environment, invisible if functioning correctly, why then do the tools come to have voices? If an object is only genuinely visible to us when broken, why does the fantasy of magical objects persist in romances and epics? Finally, how can these examples from medieval literature shed light on our present relationships with things?

Can I just say that this conference looks wonderful, and I wish I could be there? Long live BABEL!

Here's another cfp for the BABEL conference....

What are the after-images and effects of medieval forms of moral discourse? This panel seeks to animate and assess the question of post-morality in pre-modern culture, taking stock of its ethical possibilities and liabilities. In our current interval of literary history, rumored to follow long after the moral didacticism of pre-modern literature, as well as after the demise of modernity’s discrete aesthetic sphere – what transpires? For example, does post-catastrophic, post-human, postmodern, and post-medieval reading and writing participate anymore in the project of “aesthetic education”? In his famous discussion Über die ästhetische Erziehung des Menschen, Friedrich Schiller dreams of art that can address itself to the human “play drive” (Spieltrieb), changing and reforming our desires in accord with moral truth. Can such change still be countenanced in literature or in the readings we forge from literature of the past? Can we ever recover the “moral of the story”? And what happens now after the so-called “ethical turn”? Is morality a dead-end? Was it always a dead-end, cul-de-sac-ing in the post-moral? Does the post-moral consist in adopting another trope, turning away from the moral? Is post-morality really ethics? politics? ideology? critique? interpretation? aesthetics? literature itself?