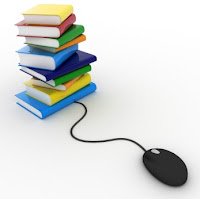 Back in October I posted that Medieval Identity Machines is available for the Kindle. I was pleased to see its electronic release, considering its subject matter. Oddly (as you'll see via Amazon), MIMS is my only book you can read in this format -- a nuisance, because the electronic version is substantially cheaper than its tree-wasting sibling. (If you just want a lowish tech preview of the book, I have the introduction and the first two chapters in PDF here; download and enjoy).

Now, some good news for United States readers: the University of Minnesota Press has through the Google ebookstore released downloadable, for purchase versions of much of their stock at fairly reasonable prices. Monster Theory is $14.10, Of Giants is $14.45 (take it from me, there really is thirty-five cent difference in quality of writing), Medieval Identity Machines a mere $14.04 (no comment on quality). You'll notice NOTHING listed from Palgrave Macmillan's New Middle Ages series: you still have to pay $90 and get the dead tree version, unless your school is one of the few that subscribes to Palgrave Connect (proof that many of their books already exist in downloadable form). When will Palgrave catch up to the rest of the industry?

I don't know enough about the publishers' agreements that enabled the Google ebookstore to come into being, but for reasons that defy logic the books can be purchased only in the US. Tough luck if you live just a little north in say, Canada. Just as tough if you live overseas. Wasn't the internet supposed to erode boundaries like these, not reinforce them?

If you've read this far in the post, you're obviously either bored or interested in e-books and digital publishing. I have a question that has been on my mind for a while. The institute I direct, GW MEMSI, is thinking about initiating a modest series of short publications that we'd like to make widely available. My initial idea was that these publications would be inexpensive downloads published via Google and Amazon and the like, since the Institute can't do its own file hosting, and these sites give moderately good and I hope burgeoning access. Each e-pub would cost perhaps one to three dollars, with proceeds offsetting the costs of publication and supporting the mission of the institute (which I hope means the mission of theory-engaged, socially conscious medieval and early modern studies more generally). If Prickly Paradigm Press were e-savvy, you'd have an idea of my idea. Another model is that offered by re.press, which publishes in Open Access and hard copy at the same time -- but that kind of partnership would be much more difficult to put in place.

What do you think?
Posted by Jeffrey Cohen at 7:28 AM

HUGE thumbs up (and not only because I have huge thumbs). Charge $3. And definitely charge, but have the files on hand for free distribution if there's some situation where dollarless someone absolutely needs a copy. Through Amazon I believe you can also do a Print On Demand (Nicola knows more about this), which would be an option for the majority of people who still do most of their reading on analog devices.

Great idea. But why can't GWEMSI or Washington Universtiy publish open access? Heidelberg University does this now for ages. And it's quite nice, as you are not allowed to use the Dr. in your name after gaining your doctorate unless you have published your thesis. (Which in some humanities is rather difficult.)

And we got those book scanners: http://ub.blog.uni-heidelberg.de/files/2009/02/versuch-11.jpg
They turn your scans in proper PDFs.

@Simon. Hooray for Europe. Proud to be a European. Seriously. America is so, well, medieval. ;)

I've only recently started switching over to the digital (with my awesome new android phone), but if certain texts were *only available in that format I'd imagine that would be a great incentive to switch more over, particularly if they could be read in a variety of formats.

As a grad student (I say that as much as possible as it won't be true for much longer!) I love the price, and I love Karl's Print-On-Demand suggestion, because it will open the whole thing to a set of users reluctant to make the switch.

Hooray in a sense, not so hooray in another.

Anyway, other people have discussed this much more coherently and cogently than I can on a Saturday morning before coffee, but I was struck by the tone in "When will Palgrave catch up to the rest of the industry?" I reacted to this partly because my view of this kind of "progress" is not particularly rosy, but also because I think the digital form encourages a piecemeal approach to books. And to journals too, in some cases -- call me old fashioned (or order me one), but I think the kind of curatorial/editorial work that goes into, say, producing a journal like postmedieval is best appreciated in print.