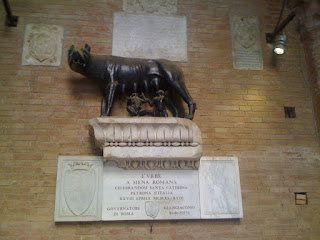 I mentioned that DC experienced a slush day. By the time I departed campus Wednesday, the heavens were micturating a heavy mixture of rain and ice. By the time the subway brought me to Friendship Heights, every road was slick with frozen precipitation. Friends who drove home were stuck for many hours, sometimes to cover no more than six or seven miles. In the evening around six the tree limbs began crashing. Our backyard fence fell victim around eight, and an hour later we -- like much of the area northwest of DC's center, lost power to our home.

As happened during the summer power loss, both Katherine and Alex have been troopers: nary a complaint as we spend much of our time around the fireplace, or outside in the snow. Today's third day off from school doesn't hurt. Fortunately our fireplace keeps the house warm enough to stay in our house: almost all of neighbors have departed for hotels or for friends with heat. I don't know when we'll be out of these unlooked for Pioneer Days. The men examining the downed power line last night stated without much conviction that we might be restored this afternoon. I haven't seen any progress, and they left without touching anything -- not even the branch about to bring down a second line.

I'm on campus now, putting up a quick post before I tackle the seventy emails that have accumulated and the stack of work on my desk. Drew Daniel is coming to speak at our MEMSI seminar this afternoon. He provided a stunning paper on political theology and the non-marriage of Elizabeth I. Later this morning I'll re-read it to a Matmos soundtrack.

[illustration: You saw this if you went to NCS Siena. I place it here because mean old Eileen Joy has been leaving taunting comments on FB about wolves approaching our home now that we live in a wild state. I wrote back that I had set some traps and hope to capture a she-wolf. I will milk her and feed the juices to my children, who will grow strong with lupine lactation in their bellies.]
Posted by Jeffrey Cohen at 8:23 AM

We did get power back on Friday evening around 9 PM. At that point part of the family had decamped to a nearby hotel. And another ice storm threatens this week...