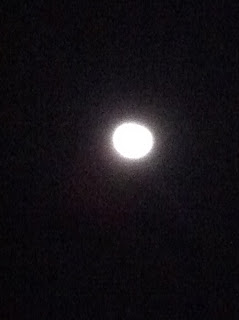 Just in time for Halloween ...

I posted a version of this short essay yesterday on Google+ and immediately garnered very useful feedback from Karl, Allen Michie, Ana Grinberg, Derrick Pitard and Jessica Lockhart: thank you. It's the draft of a piece I'm contributing to a cluster on animals, to be published in Studies in the Age of Chaucer. The essay has already exceeded its 2K word limit, and much as I'd like to expand it ... well, some day.

Your suggestions and comments are most appreciated.


[1] Joyce E. Salisbury, “Human Beasts and Bestial Humans in the Middle Ages,” Animal Acts: Configuring the Human in Western History, ed. Jennifer Ham and Matthew Senior (New York: Routledge, 1997) 9-22. Salisbury is arguing for more sympathy towards the animal within. See also her book The Beast Within: Animals in the Middle Ages (New York: Routledge, 1994).
[2] Although Gervase is dubious about many animal transformations, the werewolves seem to be a true change of body. See the thorough discussion in Leslie A. Sconduto, Metamorphoses of the Werewolf : A Literary Study from Antiquity through the Renaissance (Jefferson, NC: McFarland & Co., 2008) 35-38.
[3] Caroline Walker Bynum, Metamorphosis and Identity (New York: Zone Books, 2001) 160.
[4] How to Make a Human: Animals and Violence in the Middle Ages (Columbus: Ohio State University press, 2011) 12.
[5] Gerald of Wales, The History and Topography of Ireland, trans. John O’Meara (London: Penguin Books, 1982). For an influential treatment of the episode stressing its stabilities of forms, see Bynum, Metamorphosis and Identity 15-18, 106-111 for a complete account.
[6] Marie de France, Lais, ed. Alfred Ewert, introduction by Glyn S. Burgess (London: Briston Classics Press, 1995); translation from Robert Hanning and Joan Ferrante, The Lais of Marie de France (Durham: Labyrinth Press, 1978). Further references by line numbers.
Posted by Jeffrey Cohen at 1:55 PM

1) Very much enjoyed this. Was not the Latin word versipellis used for werewolf, though? (I believe I first encountered it in Petronius' Satyricon.) Its etymological meaning ("turn-pelt") has nothing to do with wolves, of course, so perhaps your point stands. But I thought that the word was used to designate lycanthropes specifically.
2) Excellent Bear Grylls reference.

Hi ProMedievalist:
On G+, Derrick Pitard made a similar observation, and I did a quick check via the MGH and this collection.

Short explanation: so far as I can determine, none of these writers use versipellis as werewolf. They use it for "deceiver," "hypocrite," "traitor," etc. If you can find a werewolf in these or elsewhere in the medieval Latin corpus, let me know! My curiosity is up, but unfortunately I don't have access to the Acta Sanctorum, PL, or the CCSM, and I don't think there's an online version of the Sources Chretiennes...

Apologies for the double-comment then (I really need to get on Google+, apparently...)

Again, it's a word that etymologically suggests "skin-shifter," but in this context it clearly designates a werewolf. Haven't encountered the term in medieval Latin.

This is far outside my expertise, but so far as I know Petronius was not read, or barely read, in the Middle Ages. Poggio Bracciolini pretty much rediscovered what we have. So Satyricon is going to be irrelevant for the Middle Ages. Of course I could be totally wrong here.

translation
But in Italy also it is believed that the sight of wolves is harmful, and that if they look at a man before he sees them, it temporarily deprives him of utterance. The wolves produced in Africa and Egypt are feeble and small, but those of colder regions are cruel and fierce. We are bound to pronounce with confidence that the story of men being turned into wolves and restored to themselves again is false—or else we must believe all the tales that the experience of so many centuries has taught us to be fabulous; nevertheless we will indicate the origin of the popular belief, which is so firmly rooted that it classes werewolves among persons under a curse. Evanthes, who holds no contemptible position among the authors of Greece, writes that the Arcadians have a tradition that someone chosen out of the clan of a certain Anthus by casting lots among the family is taken to a certain marsh in that region, and hanging his clothes on an oak-tree swims across the water and goes away into a desolate place and is transformed into a wolf and herds with the others of the same kind for nine years; and that if in that period he has refrained from touching a human being, he returns to the same marsh, swims across it and recovers his shape, with nine years' age added to his former appearance; Evanthes also adds the more fabulous detail that he gets back the same clothes. It is astounding to what lengths Greek credulity will go; there is no lie so shameless as to lack a supporter.

If it's used in Pliny, then of course the word's known to the Middle Ages, yeah? But if it's NOT USED (perhaps because it's too recherché), and if LUPUS is used in preference, and also English and French and Breton words, well, that's interesting.

I'd also say that the Pliny supports Jeffrey's reading: the Latin has people CHANGING their skin, not inhabiting two skins at the same time, as it were. Basically, Pliny describes a werewolf in the same way that Gerald of Wales does, or, for that matter, CW Bynum.

Only the vernacular allows for this possibility, not Latin.

Today is just not my day for coherence. I think it's because I should be grading papers.

Latin does have a word for werewolf, "versipellis." However, a preliminary search suggests that medieval Latin used the word only to mean "deceiver" or "hypocrite" or "traitor." And while Petronius and, more relevantly for medieval textuality, Pliny use "versipellis," the word still suggests a person changing from one thing into another temporarily, rather than melding wolf and human into a hybrid self. In short, Latin has vocabulary for humans who turn into wolves, but not the vocabulary for people who are also wolves.

Nice post - and nice coincidence: tomorrow I will give a lecture about hunting the bear in the Middle Ages very focusing on the matter of "cross contamination" (Karl knows ...) between human and, in my view, super human bear's body. Another argument is that the possibility of transformation supports the idea that, at least until XII century, european experience (if not theological and philosophical thought) of animals (and, to me, landscape) still faced a natural world full of animal somehow interpreted as problematic subjects and not just objects of dominance practices.
Paolo

Thanks for all the comments, everyone. I was running a panel yesterday so I am late getting back to this, but I want to say that I used the phrase "Latin possesses no *common* noun for werewolf" because I am not such a good Latinist that I can clear with confidence NO word for werewolf existed, just that no word of wide currency was out there. I know that lack of a word does not equate to lack of a concept, of course, but here I do think it is revealing: the vernacular sources and terms convey a two-in-oneness that the Latin writers cite in order to convey a compoundedness that their humans-to-wolves don't possess.

I enjoyed this. Not looked at this subject for years.

One early Irish legal code I particularly like in relation to this that no one seems to look at.

Irish law of blood letting, it sets out the compensation payments paid for medical treatment to those injured in battle and other acts of violence where the opposing party is considered legally responsible for dispute.

Three female figures are found who are entitled to half normal compensation.

They are described as the conrechta (the wolf/ dog who speaks with a human voice), Confael (the howling one) and the good wife saved from the fairies, a person traditionally considered to be mute.

Fael to howl most often turns up in compounds which are euphemisms for wolf. Faelad 'to become a wolf' literally means to go a howling.

When the wolf speaks with a human voice it is the most terrifying creature in the whole of Ireland.

Certainly powerful, the conrechta is described as a female satirist who turns back the streams of war with her tongue. Confeal is a vengeance taker but morally entitled to engage in violence and entitled to compensation for any injury sustained in such action.

This is early 7th century but I think already the themes that play out in a range of later texts concerning language and reason are in place and under discussion at this time.

Reading the text in full he does seem a bit like the Confeal. Legally justified in taking vengeance. This one turns up in much later oral narrative in the western Isles of Scotland that seem to maintain the correct legal definitions so has a life beyond the early med. period.

I was struck by his capture, I have never seen the motif described in this way as being chained and beaten I thought was the standard form. But again it seems to highlight that his actions are reasonable. Absence of melancholia is also interesting particularly given the period it is written in.

Makes me want to look at the Scottish variants of Lailoken/ Myrddin that focus strongly on adultery.

I had managed never to meet this text until Richard Scott Nokes blogged about it the other day (since I am catching up all asynchronous, that may itself have been because you'd written this...). Now I have interpretation (and I had thought the explanation of the wolf's 'shame' odd, also) too, thankyou!

A word such as `lies' missing in either the source or the quotation, no?

I liked this essay JC. The Vulgate uses 'versipellis' -- Proverbs 14:25 'liberat animas testis fidelis et profert mendacia versipellis' and it is glossed in Old English glossaries, with 'praetig' (no less) and 'ficol' both of which of course mean 'deceitful, crafty.' It shows up in a small handful of interesting places in Old English texts but I don't have the other examples to hand.

I'd say versipellis could support the reading of hybrid, and it does not strike me as a rare word (and Karl: there's an argument that AngloNorman was exactly the place/time where Satyricon was better known, ca. 1100-1200, bc prosimetrum and Satyricon imitations sprout in these areas at exactly that time; and the baseline story is, Satyricon was known, just not the whole book but an abbreviated version and Poggio's was the extended version, so he cannot be credited for discovering but perhaps improving the canon of the Satyricon (although I don't know how relatively brief that brief version was, so. . .); to which I would add, if you read one hellenistic mediterranean novel, you've read them all, big difference, Satyricon or something else, it's all the same stories and they were just the most copied and popular thing around in the MA). In Poland, which still has an amazingly lively pagan folk culture continuing traditions that date back to times immemorial, so for instance, in the Highlands, in order to dress like an animal for the end-of-the-year trick-or-treating, you simply turn your ginormous long fur/sheep coat inside out. The inside part is looong fur, the outside, smooth when worn as a human: if you reverse them, you look like a yeti (or wolf or whatever). So, for me, versipellis is very clear and not at all a rare or odd word, it describes exactly the process I would imagine when turning into a wolf :o)