We at In the Middle heartily congratulate Lois L. Huneycutt for winning the second Bonnie Wheeler Fellowship. We encourage you to apply for next year ... and, even more importantly, to consider making a donation so that this important fellowship may continue to grow.

Bonnie has long been an important influence for good in medieval studies. See, for example, this post. Or this one. Or browse some books.

The complete press release is below. 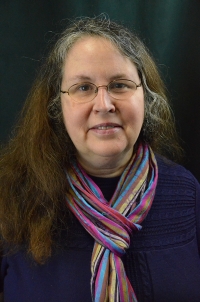 Lois L. Huneycutt, Associate Professor of History (University of Missouri, Columbia), is the winner of the 2012 Bonnie Wheeler Fellowship.
Professor Huneycutt is the second recipient of a Bonnie Wheeler Fellowship.  The inaugural 2011 fellowship went to Lorraine Kochanske Stock, Associate Professor of English (University of Houston, Texas), in support of the completion of her book-length monograph on medieval primitivism and the Wild Man figure.

The Bonnie Wheeler Fellowships are designed to help women medievalists who are close to completing a significant work of research that will fulfill a professional promotion requirement. The 2009 MLA Report, “Standing Still: The Associate Professor Survey,” indicates that women are much more likely than men to “stand still” in the course of their academic career and to be “caught in the middle” of the promotion ladder. The Bonnie Wheeler Fellowships aim at placing many more women scholars at the top scholarly tier.
Professor Huneycutt earned her Ph.D. in 1992 at the University of California-Santa Barbara.  The author of Matilda of Scotland: A Study in Medieval Queenship (2003), she was promoted to the rank of Associate Professor in 2002.
Professor Huneycutt’s current book project, “Becoming Christian: Women, Conversion and Resistance in the Early Medieval West,” examines the period between the fifth through thirteenth centuries in northern Europe. Building upon Richard Fletcher’s The Barbarian Conversion: From Paganism to Christianity (1997), it treats the process of conversion as a negotiation between old and new, focusing especially on “women’s roles in that negotiation, from the highborn women who became Christian queens to the humble wives who decided which rituals would be practiced within a household.”
Huneycutt’s study promises to yield significant new findings.  She argues that “domestic proselytization” (J. T. Schulenberg’s term) played a much more important role in the spread of the faith than current scholarship allows.  Indeed, the widespread changes in familial structures and roles “cannot be explained,” she asserts, “without an acceptance that religious beliefs and spiritual practice actually did matter” to many premodern people, especially the women who shaped home-life.  Following the model of Robin Fleming’s recent Britain After Rome, Huneycutt pays new attention to material culture and its transformations in the use of both sacred and household space. “Finally,” she writes, “I am as interested in why people did not choose to adopt Christianity as I am in why they did.”
Five chapters are projected for Professor Huneycutt’s book.  The first discusses the major missionary movements into northern Europe. The second takes up theoretical questions concerning the definitions of, and models for, religious conversion. The third studies the impact of Christian conversion upon Carolingian households and society. The fourth is devoted to cases that show a historical reluctance to embrace Christianity, including syncretistic phenomena.  The fifth draws upon the evidence of material culture to describe the reconfiguration of many “areas of life . . . under the new religious dispensation.”
A special feature of the Bonnie Wheeler Fellowships is the designation of a mentor, who is responsible for reading the work-in-progress of the fellow and for offering feedback, constructive criticism, and encouragement.  Professor Robin Fleming (Boston College), author of Britain after Rome: The Fall and Rise, 400-1070 (2010), will serve as mentor to Professor Huneycutt.
Posted by Jeffrey Cohen at 2:22 PM