Lucretius: Not a Hater 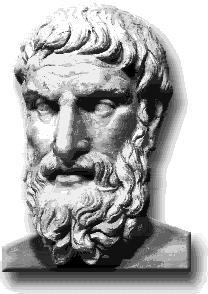 Lest my mocking tone be taken too seriously here, or my statement come across as overly dismissive here, for the record I now state that I do not hate Titus Lucretius Carus.

Quite the contrary. I share with Stephen Greenblatt  an early and intoxicating exposure to Lucretius in Latin. That science could be conducted in verse was a revelation for me at a time when I was unsure of my choice of English (and classics) over Biology. I was long haunted by the paradox that the Lucretian universe should so forcefully exclude fear of human mortality (Book III of De Rerum Natura is "The Folly of the Fear of Death") and yet close with such dwelling upon the Athenian plague. In the philosopher Gilles Deleuze I found a contemporary Lucretian, and when he committed suicide I took it hard: he died on my birthday in 1995, and I remember finding out through a posting to the Deleuze email list to which I subscribed. Deleuze's fantastic, unsupported and unsupportable suggestion that the last section of Lucretius's work, the conclusion in plague, could only be a later interpolation seemed exactly right, and helped me to understand again how even death in a world without gods may not be so final. Todd Ramlow and I wrote an essay on the topic a long time ago.

This is just to say that I find Lucretius to be of great value in thinking about not only materiality, but also all kinds of other philosophically weighty questions, including mortality and the writing of history. I am also a fan of Michel Serres's extensive work on Lucretius and physics, though I find that he does something similar to many other scholars when thinking with Lucretius: allow that one figure too much solitude. Lucretius is part of a large and multifarious tradition, not an absolute innovator who was lost for a while and when rediscovered shone his light anew. Modes of thinking materiality are now and always have been multifarious, overlapping, mixed, history laden, and only totalizable for small moments before they slide back into impurity. So: Lucretius, hooray! But Kellie Robertson has well argued what happens when Lucretius gets singularized and passed off as a synonym for secular materialism tout court. I am also a little tired, I admit, of hearing the words swerve and clinamen invoked as if they held revelatory power; their citation has become ritualized as Lucretius has been so well absorbed into the weft and warp of the early modern critical loom. Thus my happiness at seeing that the "Swervings" in the introduction to The Indistinct Human did not presage an homage to Lucretian atoms but a meditation on Richard Hooker writing about law.

So when it comes to Lucretius, I'm a fan. But I do think the world of possible materialisms possesses an ambit larger than swerving atoms, and that we have not nearly exhausted the possibilities when it comes to thinking materiality disanthropocentrically.
Posted by Jeffrey Cohen at 7:36 AM

I'm happy to hear that it might be possible to multiply theories of matter (and, what it really seems to come down to, multiply the connections between a theory of matter and the different realms of thought it can connect to -- politics, science, ethical thought) without first subtracting. And I'm sorry I yelled at you.