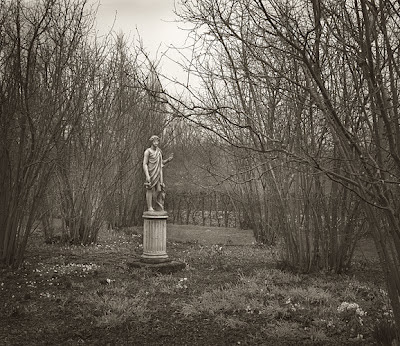 The approved sponsored and special sessions for next year's International Congress on Medieval Studies at Western Michigan University have been announced recently, and I'd like to call everyone's attention to the roundtable sessions being sponsored by postmedieval and the BABEL Working Group, to which we invite contributions from any and all who are interested:


Play values experimentation. When we play, we are more open to the new, from within and without. We become ‘‘neophiles’’ and innovators, making active use of our imaginations. Playing and pretending are crucial to the becomings of living creatures, to adaptation and behavioral flexibility; . . . Play teaches ‘‘vital skills’’; it is transformative and transforming. We can neither thrive nor survive without it. And it is highly contagious, a powerful medium of affect transmission.
~ Aranye Fradenburg, "Living Chaucer"

The work of Aranye Fradenburg, especially her psychoanalytic criticism of Chaucer, and her formulations of discontinuist historical approaches to the Middle Ages, has been extremely influential within medieval studies for the past 15 or so years. More recently she has been focusing on more broad defenses of the humanities, especially with regard to the valuable role of literary studies relative to the arts of everyday living, eudaimonia [flourishing], ethical community, and well-being, and also on psychoanalysis itself as a "liberal art." Relationality, intersubjectivity, aliveness, resilience, care of the self and also of others, adaptive flexibility, playfulness, shared attention, companionship, healing, and thriving seem, increasingly, to be the key watchwords and concerns of Fradenburg's work, and at the same time, the so-called "literary" mode is still central to these concerns, such that, as Fradenburg has written, "Interpretation and relationality depend on one another because all relationships are unending processes of interpretation and expression, listening and signifying. In turn, sentience assists relationality: we can’t thrive and probably can’t survive without minds open to possibility, capable of sensing and interpreting the tiniest shifts in, e.g., pitch and tone" ["Frontline: The Liberal Arts of Psychoanalysis," Journal of theAmerican Academy of Psychoanalysis and Dynamic Psychiatry 39.4 (2011): 589-609]. This roundtable invites short presentations on the valuable role(s) that medieval studies might play in the future of the liberal arts, especially as they pertain to "thriving" and "living" and to the ways in which living itself is an art. [Aranye Fradenburg will be a participant on this panel.]

This roundtable session invites short presentations that would explore medieval texts and other artifacts (which could include philosophy, theology, poems, romances, histories, manuscript illuminations, archaeological goods, music, handbooks, scientific treatises, rules, architecture, etc.), and/or any aspect of scholarship on the Middle Ages, that engage, practically and theoretically, consciously or unconsciously, in blunder and blundering -- defined as confusion, bewilderment, trouble, disturbance, clamour, discomfiture, turmoil, mistakes, stupidity, carelessness, bumbling, errancy, confounding, foolishness, foiling, stumbling, perturbing, mayhem, fracas, and noise. It is hoped that presentations will trace some of the ways in which "blunder" has served as an historical actant, "making things happen" (for good or ill) that could not be anticipated in advance and which (somewhat and somehow) escapes full human control.

This roundtable session invites short presentations that would explore texts and other artifacts (which could philosophy, theology, poems, romances, histories, manuscript illuminations, archaeological goods, music, handbooks, scientific treatises, rules, architecture, etc.), and/or any aspect of scholarship on the Middle Ages, that engage, practically and theoretically, consciously or unconsciously, in plunder and plundering -- defined as taking, stealing, pillaging, rapine, ransacking, spoiling, piracy, embezzlement, thieving, booty, depredation, conquest, despoiling, desolation, capture, seizure, sacking, looting, and robbery. It is hoped that presentations will trace some of the ways in which "plunder" has served as an historical actant, "making things happen" (for good or ill) that could not be anticipated in advance and which (somewhat and somehow) escapes full human control.

Please send all presentation proposals, to include a brief abstract plus full contact details (formatted as WORD document, please), to Eileen Joy at: eileenajoy@gmail.com, by SEPTEMBER 15TH.
Posted by Eileen Joy at 5:13 AM

Great topics. Should be stimulating roundtables!