The Tiny Shriner's Kzoo Adventure I 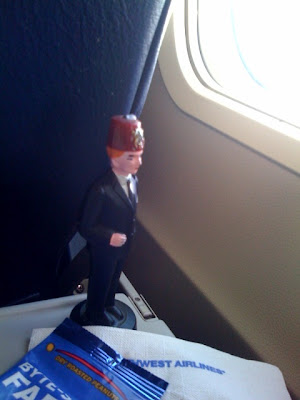 I wish that I could announce that the Tiny Shriner is an engaging travel companion, but the truth is that he is rather high maintenance.

You'd think that our blog mascot, someone who spends most of his life as part of the natural water feature in my office staring out the window from a ledge where he might see the occasional Pope process but otherwise not moving around too much (there are exceptions), would be rather sedate and easily pleased. Wrong on both counts.

Tiny was not at all happy that we took Southwest airlines to Detroit, mainly because they do not offer first class seating. In fact they do not offer much besides a small package of small peanuts, which they lob at you from quite some distance. Tiny didn't like it either when the a nearby wailing baby attempted to use him as a pacifier. In the photo to the left you will glimpse Tiny sourly contemplating some cumulus clouds, wishing for an airborne martini.

Things didn't get much better when we arrived in Detroit. I'd reserved a compact car, and it turned out to be an ivory colored PT Cruiser. Tiny kept calling the car the "PT Barnum" because (he says) it is so small that it must be a clown car. I reminded him that clowns are in fact significantly larger in their dimensions than he is, and that a Jestermobile would in fact offer plenty of space for him. My observations failed to improve his mood significantly, especially because it was now getting late and he had had enjoyed no lunch, no dinner and so far no drinks. When he seemed about to have hissy fit about the lack of a Mercedes or Lexus, I threatened to attach him to the "PT Barnum" as its hood ornament. He sulked but got inside, and we commenced the two hour drive. Do I need to add that we fought over which radio station to listen to? I was intrigued by an NPR story about six year olds who believe themselves born into the wrong body, "gender disorders" versus "transgenderism." Tiny wanted to listen to some inane Top 40 station blasting Celine Dion. I considered abandoning him in a hay stack. 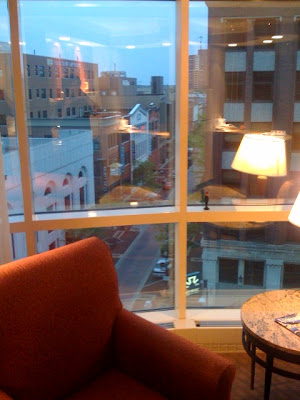 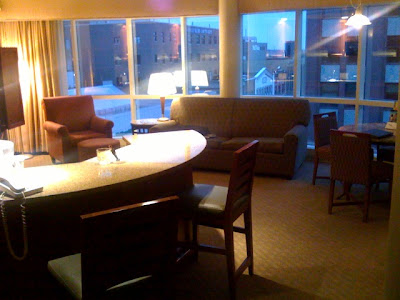 oth in pissy moods when we finally arrived in Kalamazoo. Imagine our surprise when the ordinary hotel room we reserved at the Radisson was upgraded -- for no particular reason other than Tiny flashed his winning painted-on smile in the check-in line, and I mentioned to the woman at the desk that she was doing an admirable job of remaining cheerful despite an onslaught of guests more high maintenance than Tiny. So now he and I have so much space that we might never see each other while rooming together. Click on the picture and see if you can spot the Shriner.

Tiny has had a long day and is very tired. Here he is trying to find his sleep number in a bed that could fit all the ITM co-bloggers. I'm not sure I have the heart to tell him that there is a BABE 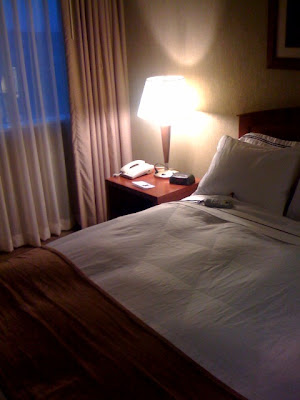 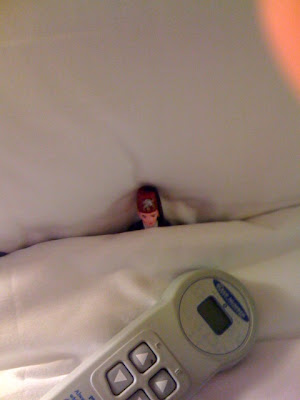 Posted by Jeffrey Cohen at 9:16 PM