Blogging the Middle Ages: Quod She 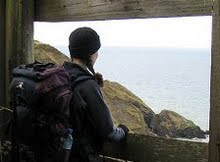 
The History of Quod She

I began my blog in September, 2005, two years after starting my first tenure track job, but my entry into the blogospheres precedes that date by some years, as I have been reading and commenting on blogs and proto-blogs at least since 2001-2, the year I was finishing my dissertation . (What a surprise: my introduction into the blog world took place during the most isolating year of my life.)  However, my blog reading didn't really become a regular habit until the fall of 2003, when Ancrene Wiseass started the first version of her blog to chronicle her year of living and studying in Ireland.  I'd known the Wiseass in real life, and so I was reading it to keep in touch with her, and also because I was simultaneously starting a new life in a new place that could, at times, seem as foreign as another country.  Then through her I discovered other blogs, written by people I didn't know, and over time I found myself equally interested in the stories they told and the issues they wrote about, particularly on the personal or mixed personal/professional blogs of other academics.  Negotiating my own life as a new assistant professor in a regional university, I started to see myself, or at least lives like mine, in these blogs.  I read blogs by other professors in literature, other medievalists in a variety of fields, and also other assistant professors in all sorts of disciplines.  Reading and commenting on these blogs became a kind of substitute for the long conversations my friends and I used to have in the TA offices in graduate school, or the long e-mail exchanges I had with a few select friends both during and after graduate school.  But I never really intended to start my own blog, and was content during those early years to read and to comment.  I didn't think I had anything different to contribute, other than what I might comment on someone else's post.

How I ended up starting my own blog was something of an accident.  Somebody's blog required me to create a Blogger account in order to comment -- I think it may have been Got Medieval -- and so I created one and came up with the name Quod She, which I thought was oh-so-clever and couldn't believe no one had used yet.  And then I thought I might as well use the blog for something.  And so I did.  Originally it was meant to be a purely personal blog, set up to keep up with various friends all over the world.  I didn't even come up with my pseudonym until a few months into the blog; original I posted under my unimaginative initials (the nickname version of them, anyway).  But from the start my first readers and commenters were from those blogs I'd been reading and commenting on for the previous year or two:  New Kid on the Hallway, Tiruncula (now blogging elsewhere under another name), Another Damned Medievalist, and, of course, Ancrene Wiseass.  Soon others joined them, not all of them medievalists, and my blogging circle grew, as did my audience.  Eventually I started writing about more professional issues, but with a decidedly personal twist, and more and more my blog became a record of how often academic professional identities become deeply personal to us, and how intertwined the threads of our complicated lives are.  Once I started writing about more professional issues, InsideHigherEd started linking to me and I started gaining more occasional if not regular readers.  And I started writing more medieval content, too.  But even my medieval posts were often simultaneously posts about teaching, or about perceptions of the medieval and medieval studies outside the academy, or about about explaining one's work to colleagues in other fields and disciplines, or about what it's like to work in archives, and so I continued to engage readers in other fields and disciplines, or even the family and friends in other professions and businesses who had started reading when it was a purely personal blog.   I also continued to write those personal posts on topics such as my long-distance running triumphs and defeats, on the death of my mother, on moving in with "Bullock" (as my partner is called on my blog), and on the adoption of our dog, Pippi.  But I think of that content as part of a continuum with the more professional posts. After all, the death of my mother and the very personal confrontation with the fact that we all will die inspired what is probably one of my most memorable medieval-related posts, "Speaking for the dead."  And another post, "Why I teach medieval literature," began with an emphasis on why I teach medieval literature before moving into the question of why medieval literature should be a subject of study.  In short, I think my blog exemplifies a truth about academics that sometimes students and the general public need to be reminded of, which is also a truth about humanity in general:  that we're not, in Bitch Ph.D.'s phrase, "brains on a stick."

Because of that overlap of personal and professional in my blog, I've made countless connections in the academy that are a little bit of both.  Even though I blog pseudonymously, it's pretty easy to figure out who I am, and I'm pretty forthcoming in revealing my identity to academics outside of my university.  My partner jokes that when I spend summers in London at the British Library, I have more of a social life there than I do here, and many of the people I'm spending time with are "blog friends."  And even the bloggers that I haven't met and socialized with, or have only done so briefly at a blogger meet-up here and there, feel something more like friends.  The most mysterious of them, the Chaucer blogger himself, touched me deeply when he posted a comment with condolences for my mother's death, posting as "Geoffrey Chaucer," but writing in Present Day English.   It may be awfully sentimental of me to say this, but the connections that the blogosphere have engendered are important to me.  And those connections have professional benefits as well -- mostly the intangible ones that come with being well-networked, but benefits nevertheless. And I have people I can turn to when I have a question in an area of medieval studies where I am less well-informed.  It's a bit like being in a large, elite research institution with countless colleagues in medieval studies, but without any of the high-level pressures that come with such a position.  But since I did my doctoral studies at such an institution, I don't know that I would be as happy being the sole English literature medievalist in an embattled College of Arts and Sciences at a regional comprehensive university as I am if it weren't for the blogosphere.

I don't know what the future holds for my blog or others in the new age of Facebook and Twitter.  My blogging has fallen way off this year, though it is only partly due to my rather unproductive Facebook habit. I simply feel generally less compelled to write things out, to present them to an immediate audience -- or rather, I feel I need to save some of that energy for other things. But even if I never post another entry (doubtful, but not impossible), the blog remains as an archive of an assistant and then later associate professor of English, a medievalist, a marathoner, a daughter, a sister, a significant other, a traveler, a scholar, a speaker for the dead, a fierce defender of the importance of the humanities for all, an animal lover and dog owner, and a blogger.

Posted by Jeffrey Cohen at 8:24 PM

As someone relatively new to the world of blogging, I'm finding all these posts very interesting for understanding the different ways writers approach the medium, from using it as a safe place to share quite personal thoughts through to being a forum for airing professional issues, sharing scholarship, and performing public outreach (and all points in between). Thanks for including the links to your older posts - I was particularly moved by 'Speaking for the dead'.