Medieval Nature and Its Others: MARC Spring 2010 Conference 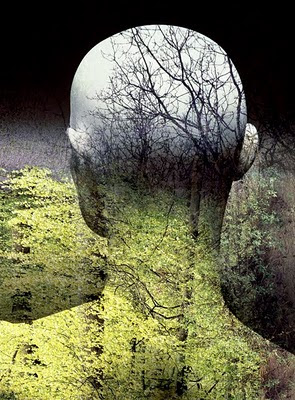 About two weeks ago [April 23rd, to be exact], I had the great pleasure of participating as a featured speaker, along with Kellie Robertson, Bruce Holsinger, Mark Miller, and Katherine Hayles, in a conference organized by Chris Cannon and Carolyn Dinshaw [and moderated by Susan Crane] for NYU's Medieval and Renaissance Center's annual spring conference. The format was innovative [and intensive!] and began with 4 papers presented by Kellie ["Nature, Place, Waste"], myself ["Assemblage, Faciality, and the Event in Malory's "Tale of Balyn and Balan"], Mark ["Design and Contempt"], and Bruce ["The Phenomenology of Parchment"], followed by the main address by Katherine Hayles, a specialist in contemporary literature, cybernetics, and the posthuman, who was courageous enough to give a talk on distributed cognition in Sir Gawain and the Green Knight, and it was a wonderfully provocative [and at times hilarious] talk that ultimately got us thinking in new ways about how to locate "agency" in the medieval narrative: i.e., how is the hunting party in the poem a kind of "distributed, self-organizing, cognitive system" [which involves networks of human and non-human "actants"], what sort of agency does the girdle possess [which also raises questions about the ways in which humans and "tools" evolve together: technogenesis, and also points to the possibility of new modes of thought upon the poem via the "speculative realism" of philosophers such as Graham Harman, which asks us to try to imagine a psychic life of *things* outside of a human-centered perspective], how does the human act as a sort of element of chaos or spontaneity introduced into any given "system" within the poem, and where finally are the "boundaries" between the stability of "systems" within the poem [Arthur's court, Hautdesert, the wilderness between the two places, etc.] and the assemblages of distributed cognition--e.g. Morgan-Bercilak-wife-girdle--that also act as the agencies [and principles of spontaneity] that broach those boundaries [and also create special "feedback" loops within systems that are always, in some sense, special environments for new forms of adaptive cognition]?

Kellie Robertson's paper was a marvelous meditation on the spaces of desert/wasteland in medieval literature--primarily in Chaucer's House of Fame and Sir Gawain and the Green Knight--and the ways in which figurations of the wasteland in these texts serve as heuristic spaces that teach us about the limits of habitability and unhabitability, and also as Aristotelean thought experiments that are generative of new forms of poetic thought [in which case, the desert blooms, so to speak]. Further, nature serves, not as a space of opposition [as it were] to culture in these texts, but rather as a kind of "limit-case" [maybe "limit-space" is the better term] in which consciousness and landscape are co-extensive with each other.

Through readings of Alain de Lille's De planctu natura and Innocent III's De contemptus mundi via Lacan's re-elaborations of Freud's thinking on the death drive [which, in Miller's mind, for Lacan *is* the posthuman], Miller asked us to embrace an idea of the world/nature that is similar to the Unconscious as a zone of unruly and non-intentional pointlessness. This is especially important to consider if, as Miller argued, we are all always positing "design" and "intentionality" within the world's structures and systems even when we claim we are thoroughgoing atheists/secularists who supposedly don't believe in "origins" of a certain providential/divine nature. By way of throwing a few sticks of dynamite into the auditorium, and also by way of a George Carlin joke, Miller also proposed, by way of closing, that we not worry too much about global warming or species extinction since there is no inherent unity or design or special value in a world that will likely outlive the human species regardless, and who were always contingent in the first place [as is, I suppose, the world itself].

Bruce Holsinger's paper was a beautiful [and sometimes very funny] meditation on what he called the bio-textual condition of writing in the medieval era [writing on animal skins, of course] which he then also connected to work being done currently on the DNA of parchment, a kind of biological genealogy which then could be connected to scribal genealogies [studies of manuscript stemmata, etc.], leading to all sorts of interesting ways to think about filiation and affiliation [and con-substantiality] between "bodies" of texts and animals and between texts, typically thought to be un-affiliated but now *affiliated* through shared biological genealogies. Drawing upon Franco Moretti's ideas of "distant reading" and Augustine's lovely image of God's scripture, like the sky, stretched out like a skin over the world [from the Confessions, Ch. XIII], Holsinger imagined what sorts of relationships we might discern if all of the medieval manuscripts ever written were stretched out together like one sky-like skin over the world: what sorts of textual-historical *contiguities*, heretofore unimaginable, might be possible through the "reading" of such a skin/sky-tent/parchment/text?

My own paper was a consideration, via Malory's "Tale of Balyn of Balan" and Claude Romano's "evential hermeneutics," of the human person as an "advenant" who is “constituitively open to events, insofar as humanity is the capacity to be oneself in the face of what happens to us.” For Romano, there is no originary “Being” (or being-there) for the human, who instead “happens to his possibilities only from an even greater passability with respect to the events that punctuate his adventure and thus give him a history.” For Romano, passability, “arises from the origin of our self-projecting adventure lying outside ourselves (in birth), and therefore coming before any activity or passivity. It is a ‘being exposed beyond measure to events, in a way that cannot be expressed in terms of passivity, but precedes the distinction between active and passive.’ As such, it is a sort of ‘pre-subjective opening,’ because ‘a passivity that would be mine . . . is given only in the after-shock and counterblow of the event’.” For those interested in seeing the whole text of my paper, with notes, it can be read here:

Assemblage, Faciality, and Event in Malory's "Tale of Balyn and Balan"

After Hayles's paper, the conference ended with four wicked-smart responses to the initial four papers by NYU graduate students Liza Blake, Maile Hutterer, Dan Remein, and Gerald Song, and then we had some great dialogue between Hayles, the presenters, the grad. student respondents, and the audience. A highlight for me was Karl asking everyone, "What counts as life?" On the one hand, a stunner of a non-answerable question; on the other, one of the most important questions we need to ask each other now, situated as we are at the threshold of our posthuman era where so many matters of bio-politics loom over us with some urgency [and also possible dangers]. For myself, the place to begin to try to answer that question might be in asking if we can begin to define what counts as "living" outside of human ideas of sentience/feeling/movement--in other words, can we think this question outside the very human frames of self-same reference it is usually thought [and limited] within? To me, the most stunning thing about the conference overall--which also marked the first time a scholar who was NOT a medievalist or early modernist served as the keynote speaker--was the ways in which it highlighted work in medieval studies that does not take the Middle Ages themselves as its historical *thinking limit*. In other words, the papers and graduate student responses were all notable for thinking through contemporary issues and problems [re: the posthuman and being-human, nature, consciousness/cognition, will/agency, the event, mortality, ecology, textuality/reading/criticism, poetics/hermeneutics, etc.] through the texts of the Middle Ages, thereby highlighting the value of premodern studies to some of the most pressing questions of contemporary life and thought.

In any case, an incredibly stimulating and provocative conference, and I thank again the organizers [Chris Cannon and Carolyn Dinshaw] and NYU's Medieval and Renaissance Center for what could actually be counted one of the best times I have had sitting and listening and thinking and talking in a room without windows for almost a whole day.

Any other recollections of the conference and papers from those who were in attendance would, of course, be most welcome here!

One of the things I thought was particularly useful about the conference was the way in which the questions raised by the papers, keynote and respondents all brought attention to the things we don't pay as much attention to -- or at least, the things *I* don't pay much attention to. Robertson's paper brought attention to the sand that inhabits the desert space at the outset of House of Fame, prompting me to wonder -- what was such sand, for Chaucer? Where did it come from? Was it merely from Libya, as Isidore of Seville would have it (according to the comments afterwards) or was there something of the sediment of civilization about it, given the narrative thrust of his poem. In Miller, it was that wonderful moment of remembering that the world IS without humans -- bringing to mind the questions raised thoughtfully by Alan Weisman's book The World Without Us, which was a really lovely journey through both (literally) pre and post human and historical worlds. Holsinger's work on parchment and animals brought to light the question of the manuscript page, and, for me, the sort of invisibility of the work that produced it, beyond book hands and illumination. And your paper, Eileen, had that wonderful moment about the lingering gaze of the knight on the dead bodies of those who killed themselves for love -- and the forest which drew his gaze away. A bit like Karl's Erkenwald paper, and the moment where the animated corpse speaks and the crowd turns still as stone -- a moment where another world (or at least a different narrative) can be glimpsed before the craft of medieval genre takes hold once more.

A brilliant conference -- I was glad to have been there.