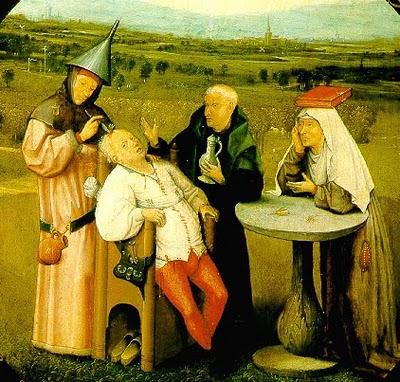 Figure 1. detail from Hieronymous Bosch, "Removing the Stone of Madness" (1490)

The BABEL Working Group and postmedieval: a journal of medieval cultural studies have 3 sessions lined up for the 2011 International Congress on Medieval Studies, to be held May 12-15 at Western Michigan University in Kalamazoo, Michigan, and we are still looking for presenters for all of these sessions. This year we decided to let the BABEL sessions be completely developed and organized by graduate students. Although the Kalamazoo CFP lists me [Eileen Joy] as the session contact person, BABEL's two ROUNDTABLE sessions are being organized and run by David Hadbawnik [a PhD student at SUNY Buffalo] and Mo Pareles [PhD student at New York University] as follows:

20th-century poets have long used the medieval for inspiration, notably Ezra Pound, whose version of The Seafarer marked an important step in his poetic development, as well as being a superb contribution to the corpus of translations of Anglo-Saxon poetry in its own right. However, not enough thought has been given to the ways in which contemporary poets reuse, reinterpret, and otherwise engage with medieval poetic tropes and practices. How can formally experimental “translations” of Old English, which take into account recent poetic and translation theory, be beneficial to the contemporary avant-garde? Or, to turn the question around, how can quintessentially contemporary reading and writing practices—such as the game-based approaches of OuLiPo, Conceptual Art with its ideas of “exhaustiveness” and boredom, and the use of factual/archival material—provide ways of reading or understanding medieval writing? Finally, in looking at an unpublished translation of Beowulf by the poet Jack Spicer, recently discovered in the archives at Univ. of California, Berkeley (and which is currently being edited for SUNY's "Lost and Found" translation series), the roundtable participants will explore the way such poetic practice constitutes a queer approach to medieval translation, which results in a wilder, more experimental, and perhaps truer way of understanding and engaging with the medieval poem. Panelists already committed include Anna Klosowska (Miami University of Ohio), Daniel Remein (New York University), David Hadbawnik (SUNY Buffalo), Chris Piuma (Univ. of Toronto), and Sean Reynolds (SUNY Buffalo).

**For this panel, we are looking for one more presenter. Paper abstracts [of approx. 250-300 words] should be sent to Eileen Joy [ejoy@siue.edu] and simultaneously to David Hadbawnik [dhadbawnik@gmail.com] no later than Sep. 15th.

Historicizing madness produces two-fold definitions. On one hand, medieval literature and history is populated with those who were sometimes tormented by demons and beatified by visions. What we may now call schizophrenia, some medieval texts perceived as contact with the divine. Saints self-mutilated and starved themselves (“holy anorexia”), turned a supposed abhorrence of sex and the body into super-charged modes of holy eroticism, and were visited by wracking anxieties and irresistible compulsions, not to mention episodes of psychosis. On the other hand, madness was hardly an empty empirical category in the premodern period. Medieval views of madness, while not coextensive, do overlap with our own. They provoked doubt about the visions of some, generated compassion for the sick, and led to ruminations on (among other things) the consequences of sin. In our own time genius has been closely coupled with mental illness (Nietzsche, for example) and even suicide (Woolf to Deleuze to David Foster Wallace), and scholars (especially in queer studies) have found in sorrow, depression, schizophrenia, trauma, and other forms of negative affect the grounds and inspiration for critique—and even new critical modes. Others reject the romanticization or valorization of mental illness, personally experience it as crippling and devastating to productivity, or embrace optimism and sanity in their scholarship. This roundtable discussion session will showcase debate and dialogue on various aspects of mental illness as both subject matter of and mode of scholarship on the Middle Ages, to include possible discussion of: new perspectives on “holy anorexia,” demon possession, fits, and visions in medieval hagiography; problems of historicizing madness; trauma studies and medieval studies; mental illness and feminism; transcultural mental illness/mental illness and postcolonialism; mental illness and deconstruction; “queer optimism”; the geography of madness; the ethics of historical compassion; negative affect as critical mode; etc. Panelists already committed include Mo Pareles [New York University], Nicola Masciandaro [Brooklyn College, CUNY], and Jennifer Little [The Graduate Center, CUNY], with Michael Sargent [Queens College, CUNY] serving as Respondent.

**For this panel, we are looking for 1-2 more presenters. Paper abstracts [of approx. 250-300 words] should be sent to Eileen Joy [ejoy@siue.edu] and simultaneously to Mo Pareles [pareles@gmail.com] no later than Sep. 15th.

2011 marks the first year of what will hopefully be a long run of provocative sessions sponsored by postmedieval: a journal of medieval cultural studies, and the idea we have is to coordinate these in relation to special issues of the journal that are still in the pre-development stages. So, for next year's Congress, Laurie Finke and Marty Shichtman are running a regular paper panel under the banner of "The Transcultural Middle Ages," which will also be the title of a special issue of the journal they they will be editing [slated for publication in 2013]. To whit, their more full description of that issue [and session]:

The Transcultural Middle Ages is a project that would track the flow of ideas, words, people, goods, money, books, art objects, and artifacts across national boundaries. Through this project we hope to encourage collaborative migrations into conceptual territories mapped by geographical “middles,” by trails and routes. Our aim is to explore movement across and between medieval cultures generally understood as distinct and internally homogeneous, to reveal the hybridity and fluidity produced by cultural interaction: by commercial traffic, migration, nomadism, intermarriage, imperialism, and diaspora. Two border crossings are central to our purpose. First, we want to shift the focus within medieval studies from the uniqueness or distinctiveness of the national cultures that have defined medieval studies, encouraging scholarship that elucidates the mobility of cultures and the exchanges between them, ultimately decentering Europe as the locus of medieval culture. For this reason we are especially interested in work from outside of Europe or work that connects Europe to other areas of the world. Second, we want to encourage traffic between disciplines, fields, and areas of expertise in the academy. We want to establish a place “in the middle” where scholars with different expertise can come together and create a common space and language for thinking more globally about routes that connect rather than borders that separate and define, and in so doing perhaps rethink their own expertise.

**No final decisions have yet been made regarding the final line-up for this panel. Paper abstracts [of approx. 250-300 words] should be sent to Eileen Joy [ejoy@siue.edu] and simultaneously to Laurie Finke [finkel@kenyon.edu] no later than Sep. 15th.
Posted by Eileen Joy at 11:19 AM

Having submitted for one of these, please allow me to piggyback with a CFP for a Glossator-sponsored panel on the subject of commentary and love:

On the Love of Commentary (In Love)

Panel 2 sounds fascinating, and something that I have often wondered if there was much work on. Are these papers also likely to see print in postmedieval, or elsewhere?

Thanks for the comment, Jonathan. As of right now, there are no definite plans regarding the publication of papers from the panel on madness, but I can see that as a fruitful project, and one I shall suggest to Mo and the other panelists.

Are papers accepted from undergrads?

@Anonymous: meant to say earlier--yes, we welcome your submission.