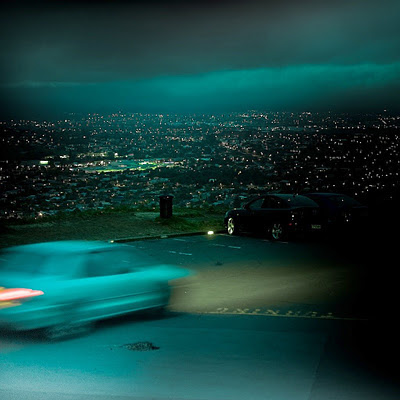 Thus I propose an abandonment of disciplinary grounding but an abandonment that retains as structurally essential the question of the disciplinary form that can be given to knowledges. This is why the university should not exchange the rigid and outmoded disciplines for a simply amorphous interdisciplinary space in the humanities (as if we could still organize knowledge around the figure of “Man”). Rather, the loosening of disciplinary structures has to be made the opportunity for the installation of disciplinarity as a permanent question. . . . [which would] keep open the question of what it means to group knowledges in certain ways, and what it has meant that they have been so grouped in the past.

—Bill Readings, The University in Ruins

The time draws near -- December 15th, to be exact -- for session proposals for the 2nd biennial meeting of the BABEL Working Group, "cruising in the ruins: the question of disciplinarity in the post/medieval university," to be held in Boston from 20-23 September 2012, and co-hosted by Northeastern University, Boston College, and M.I.T. If you are interested in submitting only an individual paper, don't worry -- shortly after we have assembled all of the finalized sessions, we will issue another call for individual papers, to be submitted to organized sessions or just as individual papers [the next deadline for submissions will likely be in mid- to late March].

We've gathered an exciting line-up of featured speakers -- Jane Bennett, Jeffrey Cohen, Carolyn Dinshaw, David Kaiser, Marget Long, Lindy Elkins-Tanton and Sans façon [the brilliant duo Charles Blanc and Tristan Surtees] -- who cover a broad spectrum of disciplines and fields, from medieval studies to physics to planetary geology to political philosophy to architecture to public art to photography, and who have been asked to consider the possibility of new friendships (intellectual and otherwise) across and within local knowledges. We are hoping for a raucous and felicitous convergence of bodies of knowledge and singular voices to help us consider: what happens both deep within, but also, beyond and after disciplines? What happens when we re-sound our disciplinary wells, while also, inevitably, bumping into each other and occasionally hooking up, like Democritus’s atoms, with our disciplinary Others? Holding on to our disciplinary objects and methods and ways of knowing, while also keeping them open to futurity and the surprise of the stranger, let’s cruise each other. Let’s swerve, without steering, through the movement-filled “void” that is the university, cyberspace, society, the world. And while we're at it, let's consider (and dream) together what the “uni-” in “university” and “universe” might mean; what the “after” in “after inter-disciplinarity” might portend; what misfit heterotopias might be possible in a new multiversity; what the “cruising” in “cruising in the ruins” might invite.

For more details about the meeting, and where to send session proposals, go here:

the 2nd meeting of the BABEL working group: cruising in the ruins

Please join us in Boston: we would be delighted.
Posted by Eileen Joy at 2:01 PM