No, Jeffrey Williams, the "Life" of the Theory Journal Has Not Been Brief, It Is Only Beginning 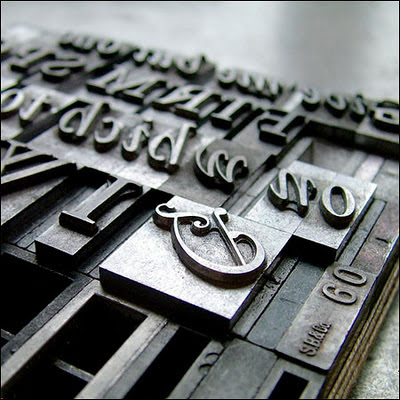 In the 16 October 2011 edition of The Chronicle Review, an essay appeared by Jeffrey J. Williams, "The Brief, Wondrous Life of the Theory Journal," which argues that a certain "wave" of new theory journals in the 1970s (with the founding of journals such as New Literary History, boundary 2, Semiotext(e), Signs, Critical Inquiry, and Social Text, among others) brought about whole new cultural sensibilities (and careers) within the humanities, and also bravely took on the boundaries of literary criticism and "the role of criticism itself." Sadly (or disturbingly), according to Williams, the "rise" of the theory journal in the 1970s has no comparable counterpart in the present where “our current moment is remarkable for its relative paucity of new journals,” especially in theory and cultural studies, and as regards what new journals might be on the horizon now, “we cannot yet glean the form that online journals will finally take.” Here is how Williams concludes his essay [which you can read in full by following the link above]:

The theory journal thrived on university funds. For instance, New Literary History received $14,000 a year ($86,000 in current dollars) its first five years from the University of Virginia. That was on top of other kinds of support, notably for libraries that would subscribe to most new journals, a practice that came to an end by the 1990s. The enhanced research university fostered the tendency toward technical specialization, although it also allowed for a good deal of intellectual freedom, experiment, and exploration.

This genealogy prompts the question: What new kind of journal is looming now? One might identify a turn toward cultural studies in academe, but there is no comparable wave of cultural-studies journals. Rather, cultural studies has been absorbed into the format of the theory journal. An obvious answer is online journals, but most existing online journals, like Postmodern Culture (1990), are in the lineage of the theory journal, although perhaps we cannot yet glean the form that online journals will finally take. A bleak hypothesis is that a new kind of journal has not appeared because of the shrinkage of support for the humanities.

The question of the future is the question of material backing. Today it's clear that we have entered a different moment in the history of higher education; we've passed from the welfare-state university to the post-welfare-state university, determined by the protocols of privatization. Under its terms, the theory journal is becoming a residual form, like the philological journals.

Without the capacious financing for higher education, I predict that journals will return to being philanthropic projects, like the early little magazines, subject to private support, and thus the tastes and vicissitudes of that support. And they will become more rarefied as their readership shrinks—as the number of full-time faculty, who might publish in them and read them, becomes a yet smaller fraction of those who profess.

While it was interesting to read Williams's take on the "rise" of the social-scientistic theory journals in the 1970s, and also his brief history of the more literary-humanistic "little magazine" in the decades before that [such as The Kenyon Review and Partisan Review], and also his musing that what the future may have in store for us is a return to the earlier little magazine, "subject to private support, and thus the tastes and vicissitudes of that support," I basically could not disagree more with Williams's conclusions here, mainly because I'm pretty sure he does not have a grasp on what has actually been happening in the past ten or so years in the area of new academic publishing initiatives, which have virtually exploded in recent years, especially in the realm of open-access online publishing. Further, there can be no "return" to the "little magazine," because it never really left us and has mainly migrated, also, to more open-access online environments, while it has also benefited from on-demand print and e-reader modes (a great example of this is what I like to think of as the McSweeny's empire, with "empire" here actually being a force for the greater good of literary and intellectual publishing).

As I think many of our readers here at ITM are aware, I am a great optimist when it comes to the future of more open, creative, and collaborative forms of cultural-intellectual work within and beyond the university, and punctum books, which will be publishing books and new journals "across a whimsical para-humanities assemblage," recently co-founded with Nicola Masciandaro, is one of my own personal "bets" on this future. I honestly believe that, even with the various wrecks of the economy all around us and many institutions of higher learning facing dire budget cuts and budget freezes, and with many people [perhaps rightfully] panicking about the future of the humanities within an increasingly technologized and corporately bureaucratic university, that the times could not be more fruitful and promising relative to the formation of new and more intellectually generous spaces for the creation and sustenance of new work within the humanities. And I challenge and invite everyone to join me in this optimism, and to also donate your time and your work to some of these new ventures springing up all around us.

Also, I found myself compelled to write a letter to the editors of The Chronicle Review, relative to Williams's essay, and I share that with you here:

this letter is in response to Jeffrey J. Williams’s piece in The Chronicle Review (16 Oct. 2011), “The Brief, Wondrous Life of the Theory Journal.” While I very much appreciate this brief history of the “rise” of literary theory journals in the 1970s (as well as of the rise of the “little magazine” in the decades before this), I have to take issue with his argument that “our current moment is remarkable for its relative paucity of new journals,” especially in theory and cultural studies, and that as regards what new journals might be on the horizon now, “we cannot yet glean the form that online journals will finally take.” Nor do I agree that “a new kind of journal has not appeared” yet because of the lack of funding within the humanities.For the past ten or so years, we have seen a veritable explosion of new journals in theory, cultural, and literary studies -- journals, moreover, that also felicitously ignore and bypass traditional disciplinary divisions while also founding new areas of intellectual inquiry, and which are engaging in creative experiments in terms of their platforms of delivery and presentation, from: (1) purely open-access html-based issues, to (2) open-access downloadable .pdf issues combined with on-demand print editions, to (3) html-based issues that also include video, audio, and other flash media, to (4) letterpress print, subscription-based issues with some open-access online content, to (5) traditional subscription-based print issues with a weblog component, and so on and forth. Examples of such journals, many of which have prestigious editorial boards, have garnered large groups of readers, and also have institutional and other types of support, include:
I could go on but won’t do so because of space limitations (and I have not even begun to approach the subject of non-English open-access online journals, of which there are many: indeed, we need to start thinking more globally when we contemplate the state of academic publishing today). It should be noted as well that commercial academic presses, such as Palgrave Macmillan, are continuing to innovate within their journals divisions and in areas which you might not expect, which is how some of us in medieval studies were able to found with them a new journal in medieval cultural studies (postmedieval) in 2010, published quarterly.Thanks to various modes of publishing available through the Internet as well as to open-source publishing software and more and more start-up companies (such as CreateSpace, Lulu, Blurb, and so on) that are enabling affordable and even profitable on-demand printing and e-reader text production services, the time is ripe for what I would call new forms of academic publishing entrepreneurship, involving creative partnerships between professors, students, commercial companies, university presses, and even partners from outside the university proper (such as cultural arts organizations and the like), and the fruits of such entrepreneurship are all around us already. If anything, what we have now is an excess of riches as regards smart and gorgeously designed new journals, and the only question I have in my mind now is how many of these will continue into a long, sustainable future. The unflagging energies and forward-looking intellectualism of graduate students, I might add, have been critical in the start-up of new journals and they have emerged as equal partners with professors in new journal start-ups (continent, Speculations, and O-Zone are good examples of this). The question of institutional support will always be an important one, as professors and their students who wish to start and edit new journals will still need release time, space, and technical support for these ventures, but what they will not need, that traditional journals have needed in the past (and which was horrendously expensive) is money for advance print runs, traditional modes of design, mailing, and print-based marketing campaigns. Contrary to what many people believe, information is not really “free,” even in open online environments (immense amounts of human labor have to be donated every minute of the day to keep online journals going, for example), but what is exciting about the times in which we live now, is that we in the humanities have an unprecedented opportunity, through various hybrid electronic-print publishing platforms, to take over the reins of the modes of the production of our work in such a way as to open up more and more spaces for more voices to be heard, for more editorial transparency, for more fields to be founded, for more creative innovation across fields and disciplines, and I would add, to also save the book and print journal as still-viable commodities and objects of desire. In my eyes, the future for academic publishing looks bright, indeed, with more, and not less, of the professoriate and their students, as well as intellectuals and artists outside of the academy proper, joining together to create a more robust and diverse library among the “clouds” of the virtual and more material bookstores and libraries emerging alongside us today.

Great stuff, Eileen. I hope you don't mind if I forward a copy of this letter to the rest of the editors of *Coriolis*, an online journal published by Mystic Seaport that is only in the process of finding its e-sea-legs.

I think that you, Eileen, have the experience to talk about this issue in a future-oriented way. And it's interesting to think about what this nostalgic picture of the heady days of theory journals might omit: that they were kind of clubby, that perhaps relatively few people had access to their conversations?

Scholarship is simply done differently now. There's been a profound change, and yes it does mean that university resources are limited -- but it also means that scholars at places that have always had limited resources can now take part in this burgeoning of new forms. We are all overworked, but at least we are a bit more democratized.