I have returned, not exactly rested. Also snowed under by email, obligations, and Camp Dad (as we call this week when the beloved spouse returns to the mundane routine but Jeffrey, Alex and Katherine do not). I won't be posting for a while.

But I offer the following picture postcards in lieu of tangible souvenirs: a giant dragon made of Legos in a man-made lagoon; the dead duck that we found expiring on our porch one morning and named Donald; someone having a lot of fun in a pool made of fake rock; someone else having much fun attempting to pull Excalibur from its anvil and win the prizes that they sometimes give to kids who can pry the sword from its resting place.* 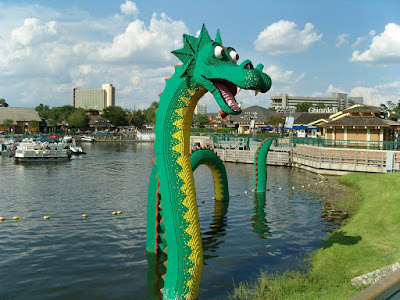 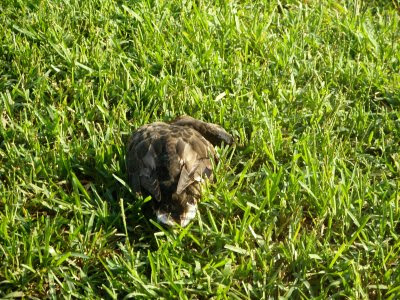 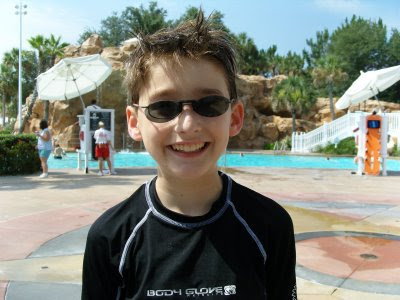 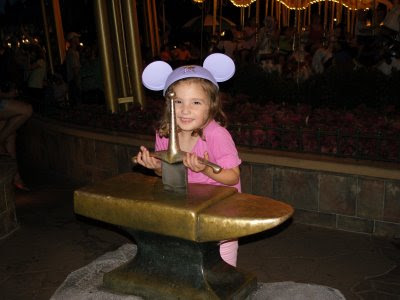 Posted by Jeffrey Cohen at 7:47 AM

About these dragons! Do they look that pixelated when not mediated through a computer? the image is really unhomely, as the rest of the photo is a nice and clear digital image at pace with technology, and then it almost, almost, looks like those dragons were someone's very very low res bitmap image on a cga monitor from 1992 that have been cut and pasted into the scene, as if computer generated dragons from the early 90's were growing in 'real' lagoons.

I mean really, It may just be vacation photo, but the experience of it on a computer is fantastic!

Well I do strive for art in every pic I snap. What's cool about Lego, honestly, is that it is a throwback to the image-non-beautific 1990s.

If you were on Facebook, Dan, you would have been treated to an image of that same dragon at sunset. The aesthetic overload of it all!

Woah! Seems like only a couple of days since you left. Maybe because it is still not the end of term here - four days of meetings and supervisions to go. (1190 workshop tomorrow).

Anything 'in the middle' on vacation time v. working time?

I will say this Sarah: other than reading 50 pages of Michael Chabon's The Yiddish Policemen's Union, I turned my brain completely off. I used my iPhone to peek at email, but mostly filed stuff into a folder labeled "2 do after vacation." I didn't write anything, even though I brought my notebook. I'm happy about all of that!