The Tiny Shriner-palooza, or, What's Bothering Me These Days 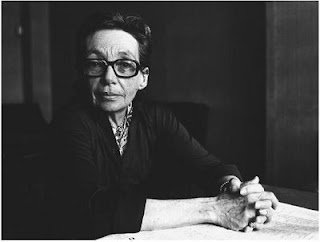 The lazy days of summer officially begin today, and although I am not a scholar or docteur of philosophia like some with such pretensions around here, I do read, oh yes, I do. It seems that the medievalists who supposedly run this blog are too busy spending time with their children at Disney resorts, or staring out their windows in Brooklyn, or hiding in the library at Wake Forest, or working on their tans in South Carolina, or creating new Facebook profiles, and that leaves everything to me [well, Karl did just show up to speak of zybos and whatnot]. I mean, who else is going to do it? While Jeffrey has been away I've been holed up at the Grand Hotel on M Street (why he thinks I would stay in his office while he's away is beyond me and someone should tell him to check his wallet because, yes, the Citibank Visa is missing and guess who has it?), and now that the girls, I mean the boys, I mean--oh whatever--are gone, I can catch up on some much needed rest, but I'm too agitated to sleep ever since reading Edmund White's essay in the recent New York Review of Books on Marguerite Duras [more specifically, on her books Wartime Writings: 1943-1949, The War: A Memoir, and The North China Lover].

The fact of the matter is, and even though I know he is a gay icon, Edmund White has always gotten on my nerves a little, especially after I read sentences like these in his autobiography, My Lives [in a section titled "My Women"],

From my mother I learned just how violent and unquenchable a woman’s loneliness can be.

And while he claims in that book that, if he were straight, he would be a great friend and faithful lover of women who otherwise would be treated badly by men, the bitchy portraits of depressed, anorexic, unhappy, lonely, skittish, coarse, needy, crazy, suicidal, toxic, etc. women just pile up and up, and then there are sentences like these,

Our Evanston girls, the daughters of local dentists or Northwestern professors, were for the most part dowdy and faintly withdrawn, almost bovine in their matter-of-factness . . . .

Perhaps because my mother was drenched in unhappiness and spent sodden hours plotting how to catch a man, any man, I have always feared most females as mantraps. The stability and intimacy that might be gained by acceding to their needs has always been outweighed by my fear of succumbing to their power. Well into my twenties and even my thirties, I was still getting mixed up with unhappy women. For them, I represented a solution. They thought that I would love them, listen to them, learn to fuck them, and that they in turn would plump the pillows, go to the movies I wanted to see, make lemonade according to the long-boiling recipe I preferred, peel the tomatoes as I insisted, and, despite all this deference to me, feel that I was the one being housebroken.

I made all those women cry. One of them threatened suicide. Another threatened to kill me—all because I wasn’t man enough to say, “Are you kidding, babe? I’m queer as the May breeze. Get used to it!”

And although White goes on to talk about the happy women he did know [and even loved], you can't get these sentences out of your head. They're just narcissistic and, frankly, misogynist. I calls 'em likes I sees 'em.

So I pop open a bottle of Krug and turn the pages of my new issue of the New York Review of Books [vol. 55, no. 11: 26 June 2008] to read White's "In Love with Duras," which I'm really looking forward to, and although the essay is ostensibly about Duras's life during the war and also about her last incarnation of the "Lover" narrative, The North China Lover (1992), what really emerges as White's preoccupation in the essay is the bitchy honing of an acrid portrait of the most unhappy and sodden-drunk and needy and "preposterous" and "self-obsessed" and self-delusional woman[-writer] ever, who, in the late 1980s and early 1990s, in her seventies and living with her gay companion [and one might say caretaker and also the frustrating object of her thwarted affections] Yann Andréa, was, in White's words,

holed up in her château dictating one much-worked-on line a day to Andréa, who would type it up. Then they would start uncorking cheap Bordeaux and she'd drink two glasses, vomit, then continue on till she'd drunk as many as nine liters and would pass out. She could no longer walk, or scarcely.

White is also at pains to detail how Duras transformed the real-life details of the Chinese lover story into a narrative that romanticized the supposedly more grim reality:

In the notes [in Duras's notebooks], we see a family living in poverty [in Indochina], the mother encouraging her daughter to soak her Chinese suitor for money; she was after all conferring a favor on him even to let him spend time with them, since they were, as whites, innately superior. Racism, colonialism, family sadism, extreme poverty, greed—the gritty life of this young woman is quite different from that of the androgynous seductress she becomes in The Lover.

There's a reason it's called fiction, Edmund [you twit], but never mind. I don't mind having these details, mind you [it's always fun to peek into the lives of writers whom we admire and even to have the cheap thrill of seeing them misbehave in their more unglamorous moments], but why the emphasis, again and again, on how all of this supposedly illustrates Duras's preposterous narcissism? Aren't all artists [with some exceptions] narcissists of one sort or another, and do we really want it any other way? Is it really a crime, or even a "delusion," that Duras romanticized her life, and even herself? When Tiny was in college in the early 1980s [and yes, Tiny went to college and majored in Rosa Luxembourg and the Spartakusbund], we worshipped and adored Duras and read The Lover over and over until the pages fell out, and we won't tell you how many times we went to see Hiroshima Mon Amour. Yes, we know Duras was an incomparable egoist and her writing was even pretentious, but sometimes you need egoism and pretension--life is more thrilling that way.

White’s specialty seems to be in telling you how much he admires or loves someone just before ripping them to shreds [true, he’s equally merciless about his own foibles but there are times when you just don’t want to see or know about the foibles, or else, you want them to be rendered more beautifully and with more kindness, less cattiness]. Perhaps worse [or most cruel] of all, White seems to delight in highlighting some of the details of Duras's doomed relationship with Andréa:

I suppose an entire dissertation could be written about this theme of the older woman artist and her gay sidekick or "walker." I'm thinking of Marguerite Yourcenar and the young gay man she wanted to inherit her fortune, though he surprised her by dying (of AIDS) before her. Or Germaine Greer and David Plante. I'm reminded of the elderly French widow who said to one of my bitchy friends, "I don't really like homosexuals," to which he replied, "That's a pity, Madam, since they are your future" ("Dommage, Madame, c'est votre avenir").

One of White's "bitchy friends" [my emphasis]? Edmund White: you're the bitch. 'Nuff said.