And the Votes are In! 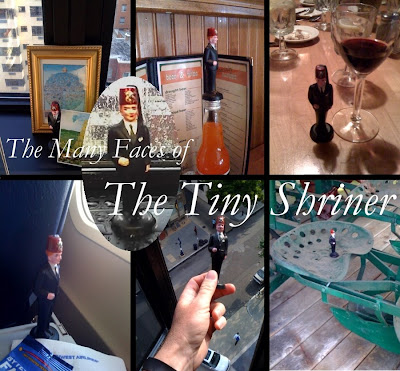 (a small victory montage for Tiny)
by Mary Kate Hurley

One week ago, we asked our ITM readers this question: With which ITM blogger do you most self-identify?

And, in an overwhelming victory, despite some questionable campaign tactics, the Tiny Shriner, though last among us in height, towers over the other ITM co-bloggers in stature among the reading public, proving what I've always believed: Everyone can identify with the Tiny Shriner.

Long live the Tiny Shriner! Let us not be short in praising his virtues.

(the ITM co-bloggers pose with the Tiny Shriner)
Posted by Mary Kate Hurley at 10:57 AM

I'm still amazed that 95 people voted on this most pressing issue.

Memo to Obama: the Tiny One is ready, willing and able to serve his country as your Vice President (by which he understands that he will be placed in charge of Vice).