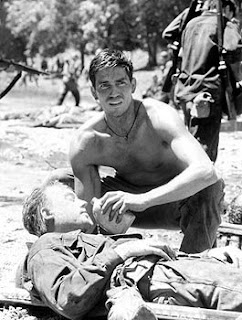 I am currently in Dublin [Dun Laoghaire, to be more precise, in The Anchorage, overlooking the National Yacht Club, where I am staying with my cousin--or cuz, as we say--Liz], where I have been since Sunday morning, mainly spending my time revisiting childhood haunts [like Sandy Cove, where my brother, sister, and I, plus cousin "little Tom" and Jack Russell terrier and faithful companion Spot used to swim], but also getting ready for a 3-day intensive seminar at University College Dublin, organized by The(e)ories: Critical Theory & Sexuality Studies [founded and led by Noreen Giffney and Michael O'Rourke], devoted to the life-work and thought of Leo Bersani. Here is how the seminar is described by Noreen, Michael, and also Anne Mulhall, who is one of the co-organizers:

This three-day intensive seminar will be devoted to discussing the influential thinker Leo Bersani whose work spans half a century and which helped to define the fields of lesbian and gay studies and what later came to be called queer theory. His vast, in many ways unclassifiable, oeuvre has traversed and blurred the boundaries of the disciplines of modern French literature, literary criticism, psychoanalysis, art history, film theory, aesthetics, masculinity studies and sexuality studies. This seminar will seek to open up and illuminate the connections and relations Bersani's writings have forged among and between these disciplines (and others).

Day one (Friday 12 June) will be devoted to ‘Reading Bersani Retrospectively’ and will focus on four main themes: identity, desire, relationality and aesthetics. Two trigger papers will be read in advance of each session which will be discussion-based and chaired by an expert facilitator. The readings chosen cover a small but representative sample of Bersani’s writings and it is hoped that the thematic focus will allow for an engaged discussion of some distinct (yet overlapping) unifying features which have animated, and continue to animate, Bersani's work.

Day two (Saturday 13 June) will be devoted to ‘Getting Impersonally Intimate with Leo’ and will see Professor Bersani present from his new and ongoing work followed by a discussion with seminar delegates. After the lecture there will be a screening of Intimate Strangers, directed by Patrice Leconte (2004), which Bersani discusses in chapter one of his recent book Intimacies (co-authored with Adam Phillips).

Day three (Sunday 14 June) will centre on ‘Reading Intimacies’ and will be grouped into three sections each taking one chapter from Intimacies as its focus: self (chapter 1), sex (chapter 2) and ethics (chapter 3). Each session will be chaired by an expert facilitator and will feature short responses to the book from a wide variety of disciplinary locations. Professor Bersani will participate in this discussion of his book.

For those of you who may not be as familiar with Bersani's work [suffice to say I am a bit of a mad devotee], here is a list of his most important publications:

Here, also, is the full schedule:

'Desire and Death' in Baudelaire and Freud (Berkeley: University of California Press, 1977) 67-89.

Reading: ‘The It in the I’ (Intimacies, chapter 1)

Reading: ‘Shame on You’ (Intimacies, chapter 2)

Reading: ‘The Power of Evil and the Power of Love’ (Intimacies, chapter 3)

As I will be speaking and helping to facilitate a discussion on cruising and "against monogamy," pray for me. All kidding aside, I'll be posting more on the seminar as it progresses! Vive le Bersani!

There you are in Dublin with Bersani, and here I am walking the streets of lower Manhattan for cash. No, really, a group of Columbia compsci students are paying me to walk around lower Manhattan taking notes about roadsigns for some database project!

Dan, I would pay for your notes on NYC streetsigns, which sounds like exactly the kind of poetic sequence you would composed even if not paid!

Looks like a fantastic symposium. Will the proceedings be digitally converted so that they might be shared online?