I don't intend to blog much of the content of my Leeds presentation, since I would like some of what I argue there not to be known in advance, but I will offer some fragments as I proceed. 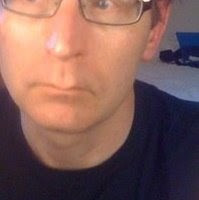 Eileen A. Joy at 11:21am June 8
Is the first sentence something like, "If both Jews and Christians had been able to purchase fondue pots at a medieval Crate-and-Barrel-type store, history would have turned out very differently"?

Eileen A. Joy at 11:24am June 8
Perfect. Because seriously, things would have been so different between Christians and Jews after all those get-togethers over cheese and chocolate fondue.

Jeffrey J Cohen at 11:29am June 8
Be serious: they would have poked out each other's hearts with those long thin forks and dipped them in the gruyere-emmenthaler mixture for tasty eating.

Sarah Werner at 11:36am June 8
although not the Jews, since surely mixing heart and cheese would be unkosher, yes? maybe if there was a non-dairy chocolate fondue that would be an option.

Jeffrey J Cohen at 11:50am June 8
My research reveals that Jews SOMETIMES violated halakha in order to feast upon Christian hearts as fondue. These cheesy organs were not kosher, but they did melt in the mouth.

Eileen A. Joy at 12:01pm June 8
But the best part, for the Jews, was not so much the taste of the melting, gruyere-covered Christian hearts in their mouths, but the sight of the heart-less Christians writhing around under the tables with all of those fondue pots with thoughts of "oh cruel world!" in their about-to-be-extinguished minds.

Jeffrey J Cohen at 12:27pm June 8
You've got it: cruel because they would die before the chocolate fondue with strawberries, bananas, and pound cake was even served.
Eileen A. Joy at 12:31pm June 8
That's fairly accurate, I think, as Christians pretty much lived for the final fondue course--that, and the bodily Resurrection.

[OK, don't take that too seriously. Believe it or not, folks, fondue will not actually make it into the Leeds version]
Posted by Jeffrey Cohen at 7:43 AM