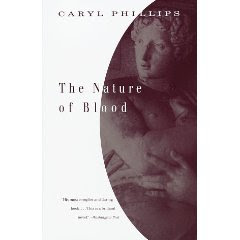 by KARL STEEL
Via Jeffrey's Twitter account, look out for Anne Rice's Angel Time, in which an angel offers redemption to a young federally-funded assassin if he travels back in time 700 years and saves a Jewish family from a ritual murder accusation. The review states: "Though the segue from modern-day America to the 13th century seems abrupt and awkward": well, I should hope so! (the same review summarizes the backstory further: "A family tragedy on the day of his high school graduation turns him into a killer. He's a government assassin who operates, seemingly, without a conscience": at first I sneered at the cheapening of redemption...why redeem him if he's a killer only because of an accident, or because the government funds him? Doesn't that cordon him from his crimes? I've now decided that Rice offers redemption from an accident and a vague and great power the only way she can: via further accidents (time travel) and a vague and great power (angels), all to intervene in (medieval and modern) lives caught up, through no fault of their own, in murderous narratives. Ok: I'm sold. Now find me a beach or some other material space signifying "leisure" so I can justify reading it).

Moving on from Rice's Repetition Compulsion into my own abrupt and awkward transition.... I capped my MA Intro to Theory for High School Teachers course with Caryl Phillips' The Nature of Blood. I can heartily recommend this for any reader interested in the interfoldings of time (e.g., fans of Jonathan Gil Harris's Untimely Matter in the Time of Shakespeare). In a novel moving back and forwards in time, through a variety of voices, some personal, some institutional, Phillips rewrites and recalls:
Note what Phillips does here:

Half-way across the square, Servadio, the chief conspirator, was seen to whisper to his companions. Then he lifted his eyes and began to pray aloud:

'My God and God of my Fathers, the soul that you gave me was pure, innocent and clean, but I contaminated it and made it impure with my sins. Now the hour has arrived for my life to be taken away, the hour in which I will give up my soul to Your hand to sanctify Your name. Take my soul when I go.'

This said, Servadio now openly encouraged his colleagues to pray, but they could only succeed in mumbling, 'Amen, Amen.' As they approached the wooden scaffold, Servadio's fellow Jews could not continue walking, and two soldiers were forced to take the Jew cowards under their arms and drag them forwards. Once the three Jews were under the scaffolding, the bell of the Cursed stopped chiming. Servadio, however, continued to pray. The people did not understand what he was saying, and some thought that perhaps he was making honourable amends. Even when they hoisted him up and on to the scaffolding, Servadio continued to pray.
'Hear, O Israel, the Lord is our God, the Lord is one.'

Who is speaking here? Who observing? What is our position in relation to the ritual murder? At times, Phillips writes in the voice, it seems, of Christian Venice itself (the "Jew cowards"), at times in the voice of someone who knows what must be Hebrew, and thus knows and understands more than the Christian crowd of witnesses ever could know. Where are we modern readers in here, particularly those of us descended from European Christians? Where is our good conscience, our enjoyment in reading (for leisure? for study) and thus recreating such a scene?
By all means, take the opportunity of the Winter Break to read the novel and get back to me on these questions.
Posted by Karl Steel at 9:21 AM

That is powerful writing by Phillips, especially the resonance of the Sh'ma at the end of the quoted passage. Thanks for the reading suggestion.

Speaking of medieval Jews, I am very late on a review I am co-writing with my son Alex of Elvina's Mirror. That short book, translated from the French, will be one thing I read over break.

Late response, but Brilliant! Sounds like a good book, children's or otherwise, and looking forward to what you and Alex come up with.