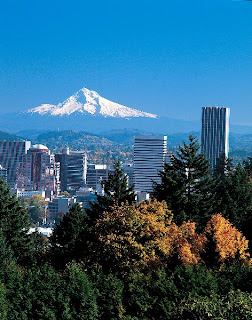 (Before you even think about dreaming a world-changing session proposal for the New Chaucer Society congress, read Eileen's provocative post about interdisciplinary work and style)

The CFS for NCS 2012: Portland has arrived. I'll reproduce the announcment below, but before I do want to call your attention to two things, both of which derive from the Program Committee's commitment to give to conference participants as much freedom as possible to shape the event:
So it's up to you. Read through the CFS, dream your ideal session, and submit your proposal to the Thread Convener (if you'd like your session considered for Ecologies, Affect, Neighbor, Feminism, Book, Sciences, Oceans, Image) or to the Program Co-Chairs, Patricia Ingham and Karma Lochrie, for the open sessions. Contact information is below.

Note that at this point the Program Committee is looking only for session proposals. A call for papers will follow once the sessions have been decided upon. We encourage you to propose any type of session, from a traditional three paper presentations or round table to a working group, to a seminar with precirculated writing or reading.

My premonition: this NCS will be the best we've had. Help make that true by proposing an inventive session.

-------------------
The Program Committee invites proposals for sessions for the Portland 2012 Congress.  The committee has determined that the Portland program will be comprised equally of sessions tied to a particular thematic thread (see below) and “open” sessions. The committee welcomes proposals in either category. (NB: After the sessions (and session organizers) have been determined, a call for papers will be announced in early February, 2011. Session organizers are expected to select session participants from among proposals submitted in response to the February CFP. )

The Program committee also wishes to consider a more diverse array of types of sessions than in recent years. Sessions may be proposed in any of the following formats:
Proposals for thread sessions should be sent to the thread convener (each a member of the Program Committee; names and email addresses included with the descriptions below). Proposals for open sessions should be sent to program co-chairs, Karma Lochrie and Patricia Ingham at:
ncs2012@indiana.edu.

Deadline for all submissions: November 22, 2010
Threads:

Ecologies (convener: Jeffrey Jerome Cohen, jjcohen@gwu.edu
How do we analyze ways of living and forms of life? Possible topics for sessions include: decentering the human; the lived environment; posthumanism and landscape studies; textuality and the imagining of worlds; nature and ethics; preservation, sudden change, and catastrophe; problems of scale; natural and unnatural disaster. Sessions might contemplate mountains, rivers, forests, rocks, air, glaciers, trees, fire or weather in texts and as actors. This thread will conclude with a session on 'Ecology/Sciences,' examining the intersections of ways of knowing with forms of life.

Affect (convener: Glenn Burger, gburger@gc.cuny.edu)
This thread seeks sessions exploring the role that affect plays in marking (and crossing) boundaries between inner and outer feelings, between bodies and signs, between the private and the social.  How do we go about theorizing affect for medieval and Chaucer studies?  What are the relationships between affect’s role in structuring personal borders and the construction of gendered, classed, or religious political positions? How might affect and the domain of the aesthetic be mutually constitutive
of each other in a Chaucerian poetics?  Possible topics include (but are not limited to) theorizing medieval affect; affect, rime royal, and Chaucer’s tales of sensibility; affective contracts and economies; emotional bodies, agency, and social passivity/resistance; affect and medieval material culture; affect and community; medieval textuality and an affective hermeneutic.

Neighbor (convener: Patricia Ingham, ncs2012@indiana.edu or pingham@indiana.edu)
The neighbor is uniquely situated between friend and enemy, and long linked to the golden rule—the imperative to love the neighbor as the self. This thread welcomes sessions considering aspects of neighbors, neighborhoods, or neighborliness, including but not limited to the following:  the vicissitudes of community, the ethics of charity, recent theoretical work on the political theology of neighbor love, borders between human and divine, unusual neighborhoods of people or texts; relations of proximity between peoples, cultures, authors, languages, or literatures. This thread will conclude with a session on 'Neighbor/Oceans,' bringing together different ways of thinking about propinquity and community.

Feminism (convener: Karma Lochrie, ncs2012@indiana.edu or klochrie@indiana.edu)
This thread seeks sessions performing new kinds of analyses in medieval studies that could be called feminist.  In addition, it seeks to engage the following questions:  what does feminist analysis look like in the present and do we know it when we see it?  What might it look like in the future with or without gender, queer, postcolonial, and posthuman studies?  What are some of the most urgent directions for feminist critique in Chaucer and medieval culture?

Book (convener: Simon Horobin, simon.horobin@magd.ox.ac.uk)
Ralph Hanna has written that 'the ultimate goal of manuscript studies should be the composition of cultural histories'. Building upon recent work on scribes and sites of production, this thread encourages examination of the uses of medieval books, including communities of readers, owners, traders in books in London and beyond, treatment of manuscripts after the Middle Ages, editors, collectors and the formation of libraries, and the consideration of how the mapping of such histories be incorporated within the formal disciplines of the study of the medieval book.

Sciences (convener, Holly Crocker, holly.a.crocker@gmail.com)
How do we analyze ways of knowing and forms of knowledge?  This thread seeks sessions on theoretical and applied sciences in late medieval England.  Topics might include categories of learning, thought experiments, forms of innovation, and novel technologies.  From materials to instruments, or from tools to plants, to stones, to stars, we seek sessions that explore how forms of knowledge were created and expressed, particularly by Chaucer and his contemporaries.  This thread will conclude with a session on 'Ecology/Sciences,' examining the intersections of ways of knowing with forms of life.

Oceans (Convener: Jeffrey Jerome Cohen, jjcohen@gwu.edu)
What happens when we reconceptualize communities as shared marinal and littoral spaces (the Mediterranean, the Channel, the North Sea, the Irish Sea) rather than as land-based, national or regional demarcations? Possible topics for panels include the sea in medieval texts, shipwrecks, piracy, being lost at sea, transit, human trafficking, merchant narratives, maps and utopias. We also welcome proposals on contemporary oceans as a way of collecting current medieval studies (e.g. Chaucer and the Pacific or Chaucer in Japan). This thread will conclude with a session on 'Neighbor/Oceans,' bringing together different ways of thinking about propinquity and community.

Image (Convener: Holly Crocker, holly.a.crocker@gmail.com)
This thread seeks sessions that analyze the relation between image and text in Chaucer’s day.  Topics might include devotional meditation, secular ritual, poetic creation, or rhetorical invention.  How do images create or disturb conceptions of nature, nation, divinity, or humanity?  What is the relation between images and poetics, and how do late medieval literary texts shape viewers’ relations to images?  What is the material status of the image, including its construction, circulation, and reception?
Posted by Jeffrey Cohen at 8:57 AM

Looks great (and not just the pretty new blue side panels to the blog). Session proposal on affect (and its vexed relationship with the word "emotion") coming right up...

Is it that I can't read anymore, or that the date of the actual conference is not in the CFP?

The affect thread really makes me wish I weren't so deep into the Anglo-Saxon scene right now...

The exact date has not yet been set, but it will be in July.