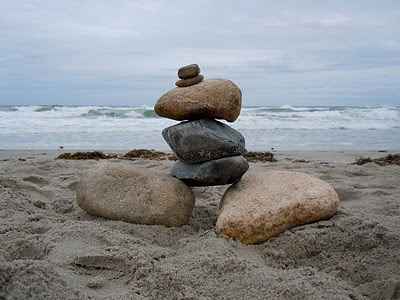 Eileen has been good enough to start posting the Speculative Medievalism conference's sound files. Kellie Robertson and Drew Daniel are first. Listen to them, and you will see that even if you have no idea what the phrases "speculative realism" and "object oriented ontology" are supposed to mean, you will easily understand what is at stake in both. Kellie's talk was a model of clarity and accessibility, as was Drew's provocative response.

My training as a medievalist occurred within a rather traditional doctoral program. I realized quickly that much of the animus against Foucault, Cixous, Lacan -- to name a few button-pushers of the time -- arose not so much from disagreement with their arguments as anger or despair at being made to feel ignorant by someone's knowing invocation of biopower, objet petit a or écriture féminine. Even if you knew French, it was another language. Sometimes these citations could make it seem like the speaker belonged to an exclusive club, and what auditor wants to hear it announced that their membership credentials are not up to snuff? So after composing quite a philological dissertation in which all the theory work happened silently, I determined that I could best accomplish the kind of scholarship I wanted to undertake by always explaining terms, a no shibboleth rule. I'd never shy away from invoking Deleuze's notion of the assemblage, but at its first use explain what the French word agencement means, and what Deleuze hoped to express through the noun's deployment. It's a principle of readerly generosity, really: never make your audience feel dumb, because most of the time they will take it out on you.

I don't always live up to my own principles, I know. I meant Of Giants to be readable by those with no background in Lacan and Zizek; it can act as a short introduction to both, I think/hope/pray. Medieval Identity Machines is Deleuzian, but not in a clubby way (I think/hope/pray). Hybridity, Identity and Monstrosity should be readable by those without a background in postcolonial studies or critical race theory. And so on. Well, that is the ideal: I'm not saying I always succeed.

So I realize that my Speculative Medievalisms piece, "Sublunary," doesn't quite do that. The talk was offered to a gathering of specialists, and I had only 20 minutes. The graft that it performs didn't allow for much background into speculative realism or twelfth century Latin historiography, so the majority of readers of that piece are likely missing some essential background. "In the Middle" is becoming known for some of the work we've collectively been doing around object oriented ontology and its kindred strains of philosophy, but I wouldn't want readers to feel like this is some kind of new Kabbalah. Luckily, Kris Coffield (of Fractured Politics) has done us all a huge favor, composing a lucid history of and entryway into OOO for Wikipedia. Check it out.

I also want to share here a succinct overview I composed of Actor Network Theory, OOO and vibrant materialism for my Melbourne talk on "Feeling Stone" (though I ultimately did not include it). I posted these paragraphs quite some time back at Google+, but in the hope that they shed some little light on terminology and domesticate some jargon, I offer them here as well. You'll see that the post relates each critical approach to how it offers an understanding of stone as a lively substance.

-------------
Associated with the French sociologist of science Bruno Latour, Actor Network Theory (ANT) offers a mode of understanding nonhuman agency that insists that there is no difference between nature and culture (or, more radically, that nature and society are not pre-existing and self-evident realities; they possess no explanatory power; there is no human/world duality). According to Actor Network Theory, a stone enters into multifold relations with other entities, creating through these connections hybrid and quasi objects that can be composites of human and nonhuman elements, all of which have the potential to assert agency. A smooth rock discovered on the beach bears a history of inestimable subterranean forces, primordial volcanoes, the ceaseless rhythm of waves, fleeting use as a gull’s hammer, trigger to the human impulse to grasp objects of iridescent durability and remarkable symmetry. Objects are best understood in action,because that is where their agency emerges. A stone is nothing more than the alliances it can support, defeat, foster or resist. Graham Harman says it best in his account of Latour’s work:


"there are only actants, forever lost in friendships and duels. Any attempt to see actants as the reducible puppets of deeper structures is doomed to fail. The balance of force makes some actants stronger than others, but miniature trickster objects turn the tide without warning: a pebble can destroy an empire if the emperor chokes at dinner. (Prince of Networks 21)

ANT is a movement-based,detail-oriented analytical mode that proceeds slowly, at a geological pace,tracing the tangle of threads that form the networks connecting things to each other. Within such a network even matter that should be inert comes to life,since it has the power to enable or resist, to “turn the tide without warning.”

If ANT has a downside, it is a tendency to think of objects as being whollya bsorbed into the networks in which they participate. They give themselves over completely, hold nothing back. The philosopher Graham Harman argues that no two objects can really touch each other (all touch is mediated), and that objects always withhold a part of themselves from every relation (we can never know an object in its entirety). This approach is often called speculative realism, and in Harman’s case more specifically Object Oriented Ontology (OOO). Its strength is that it grants the object a dignity by preserving its unbreachable mystery. Harman also insists upon the particularity of objects: stone enters into numerous relations as a stone, a singular entity rather than a plural and generic substance. OOO grants stone autonomy, as well as a kind of sacredness: the lithic will always withdraw from full scrutiny, will always hold in its depths an inexhaustible potency.

A third and intimately related approach to matter is Jane Bennett’s notion of vibrant materialism, AKA Thing Power. In Bennett’s account a rock is not recalcitrant, for to label it thus is only to narrate the world from a human point of view, in which stones exist only for us. All materiality is inherently lively: it exerts agency, regardless of human alliance or intention. This omnipresent vitality – “obscured by our conceptual habit of dividing the worldinto inorganic matter and organic life” -- invites us to a nonanthropocentric ecology, one in which the activity of stone not only matters, but shimmers. With that luminescent adjective I mean to stress the aesthetic component ofvibrant materialism. Even more than Latour and Harman (both of whom possess apoet’s ardor for the beautiful), Bennett describes a world enchanted by the vivacity of the nonhuman. If we encounter the world “as a swarm of vibrant materials entering and leaving agentic assemblages,” then “what was adamantine becomes intensity” (107), and no object remains mute. Or lifeless: “A life thus names a restless activeness, a destructive-creative force-presence that does not coincide fully with any specific body” (54). A dance of bodies and objects.
Posted by Jeffrey Cohen at 8:04 AM

Thanks very much for this post. I read here frequently, but I almost never comment. For a while now, some of the posts here have made me feel like I was back in grad school (circa early 1990s), in both a good way (as in, "Wow, what a lot of interesting ideas are out there.") and in a bad way (as in, "Wow, am I ever dumb! I don't understand this stuff, and all of these other folks are much smarter and cooler than I am."). After reading this and listening to the audio file, I feel more hopeful that this emergent body of material might produce new critical conversations into which I might actually be able enter.

the vast power of social cliques in the faculty/grad-student side of the academy is surely worthy of much more study and attention that it currently receives and attempts to break up such power-blocks/echo-chambers are always welcome but I worry more about a sense of democratization that would try and make everything easily available to, graspable by, everyone. Not because anything of public/intellectual value should be exclusive/hidden but because things/people/ideas/etc truly do exceed our grasp and there is a vital ethical dimension to understanding (at an experiential/gut-level) to learning to have to say be patient, open to failure/correction, and to not-knowing (John Caputo once gestured towards and ethos of owning our not-knowing). Understanding say Deleuze or Derrida or a stone is not an easy task, takes much labor/disciplined-attention and background knowledge and such and if we truly want to teach people to attend to what lies behind/hidden and or to invent something truly new than we have to help them to know how to do such care-full research and reflection, how to be mature/reflective practitioners/citizens.
-dmf

Thanks, Nancy, for your comment: it means a lot!

dmf, I am with you. On the one hand, I strongly believe that we need to be clear in how we use our terms and what are methodological parameters will be. But I am also assuming that this invitation into a project will be accepted by a non-lazy reader: someone willing to do the hard work of following along, to do more reading of necessary, to not demand at every instance that groundwork be set down anew. There will be scholars who will never allow the door to a new way of understanding the materials to open for them, because they will realize that behind that door is a library, and they do not in the end want to undertake the work of thinking with those books.

I'm still trying to make sense of ooo/vibrant materialism. How is it different from Leibnizian panpsychism, or Romantic transcendentalism? I ask myself what ethical imperative there exists for scholars in the humanities to decenter human perspectives, and what critical purchase we gain (on say, medieval texts) by doing so?

I suppose I'll listen to the talks Professor Joy posted and await the book you're working on for answers to these questions.

JMN: you have some excellent intuitions: panpsychism is a BIG topic in Speculative Realist and OOO circles, with Steve Shaviro admitting he's a panpsychism proponent and others dancing around the term without fulling owning up to it. Timothy Morton, one of OOO's biggest flag-wavers within literary studies is a scholar of Romantic poetry. So, JMN, whoever you are: your intuitions is firing on all pistons. I DO address the panpsychism angle in my talk for The Public School of New York. I'm with Shaviro on this one: to one extent or another, I believe everything in the universe "thinks." Or maybe what I want to say is: I *want* to believe this, provisionally, and then see where that might lead us in our reading of texts.

I'm reminded of a book I read as an undergraduate in the 90s, "The Emperor's New Mind," by the eccentric mathematician/physicist Michael Penrose, in which he argued that consciousness is an emergent property of non-computable events of quantum collapse in matter. Thus, brains are structures that have evolved to vastly increase the possibility of such quantum events, so that people are in fact more conscious than rocks, but it is finally a difference in degree and not kind.
This may be a different approach to thinking rocks from Warton and Bennett, to be sure, but if I remember correctly, quantum mind theorists share at least Levi Bryant's interest in the philosophy of Alfred North Whitehead.