The Spaceship Has Landed: Announcing postmedieval, a New Journal in Medieval Cultural Studies 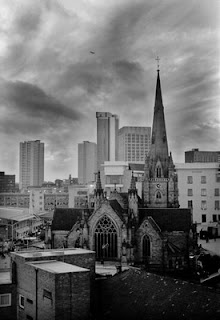 Sometimes there is really good news to report about academic publishing and medieval studies. It is with no little sense of mirth and hope that I share the news that today marks the official arrival of the joint venture between Palgrave Macmillan and the BABEL Working Group:

It is BABEL’s objective with this journal to develop an inter-disciplinary, cross-temporal, and socially interventionist (and therefore, also publicly intellectual) medieval cultural studies that would bring medieval studies into mutually beneficial critical relations with scholars working on a diverse array of post-medieval subjects, including critical theories that remain un- or under-historicized. It is hoped that a concerted focus on the question of the relations between the medieval and modern in different times and places will help us to take better stock of the different roles that history and various processes of historicizing have played in the shaping of various presents and futures. It is therefore our intention to engage with scholars working in all periods over the question of periodization itself and of the ways in which the production of disciplinary knowledges is bound up with historical chronologies and teleologies that have become sedimented over time. It is our aim to problematize these teleologies and to also work toward innovative modes of temporal thinking that would be productive of new critical theories for better understanding the relations between past, present, and future. At the same time, we are also concerned to further develop new methods for approaching and articulating all of the ways in which the medieval past remains both intransigent and silent, yet is also voluble and variable (in terms of how many of its material artifacts, textual and otherwise, still surround us), and therefore, the question of history and what it ultimately can and cannot account for as regards the “realism” of the medieval past remains as a pressing concern.

It will be admitted that attempts to define “cultural studies,” in any period, have been vexed over the years, although it has very distinct histories in the U.K. (where it was originally connected to the founding of the Birmingham Centre for Contemporary Cultural Studies in 1964, which had definitive Marxist, Frankfurt School, and Gramscian orientations) and America (where it has been most often associated with the analysis of subjective relations to the ephemera of mass popular culture). For the purposes of this journal, we take as a given that cultural studies do not comprise a unified field of approaches and objects, but rather constitutes an open field of inter- and multidisciplinary debate regarding the material, discursive, and other relations between cultural objects, practices, and institutions and the realms with which they come into contact: history, society, politics, commerce, religion, globalism, the body, subjectivity, and the like. To develop and practice a medieval cultural studies will be to ask, not only what longer historical perspectives can provide to contemporary cultural theories, but also how the Middle Ages—its mentalities, social forms, culture, theology, political and legal structures, ethical values, and the like—inflect contemporary life and thought. It will also mean understanding, as Ruth Evans, Helen Fulton, and David Matthews argue in their Introduction to Medieval Cultural Studies: Essays in Honour of Stephen Knight, that placing “medieval” and “cultural studies” side by side “does more than simply give 'cultural studies' a diachronic dimension or make the middle ages relevant to today. Rather, it is about continuous provocation.”

postmedieval will be published three times a year. Two issues (nos. 1 and 3, April and November) will be themed issues edited or co-edited by guest scholars and designed around the perspectives of a medieval scholarship attuned to a pressing concern of contemporary thought and life, alternating with an open-topic issue (no. 2, July) specifically designed to help facilitate the application of innovative methodological paradigms to medieval studies (without any predetermined parameters as to what those paradigms might turn out to be, and hopefully pushing beyond the usual categories of traditional critical theories and well-worn cross-disciplinary approaches). While the themed issues will primarily feature work by scholars in medieval studies (in as many humanities disciplines as possible: literature, history, philosophy, art history, religious studies, archaeology, foreign languages, musicology, and the like), scholars working in more contemporary fields from a variety of academic disciplines (both within and outside of the humanities) will be invited to contribute responses.

The inaugural issue [vol. 1, no. 1: April 2010], already in the pre-planning stages, “When Did We Become Post/human?” is designed as a dialogue with Katherine Hayles’s award-winning 1999 book, How We Became Posthuman: Virtual Bodies in Cybernetics, Literature, and Informatics, and will feature medieval and early modern approaches to the question of the historicity (the “when”) of the post/human as an intellectual, social, cultural, philosophical, and scientific category of thought as well as a state of material reality. We are extremely excited to have four interlocutors already lined up for this issue: Katherine Hayles herself, as well as Noreen Giffney, Andy Mousley, and Kate Soper. For issue no. 2, Stephanie Trigg, Louise D'Arcens, and Clare Monagle will be contributing a small cluster of essays on Bruce Holsinger's The Premodern Condition, to which Holsinger himself will be responding, and issue no. 3, co-edited by Peggy McCracken and Karl Steel, will be devoted to “The Animal Turn.”

For more information on the journal--its background, vision statement, Editorial Board, planned future issues, etc.--follow the links below. The official website for the journal [www.palgrave-journals.com/pmed/] will be up and running by the beginning of May, at which point potential contributors can access official guidelines for submissions, but if there are any queries in the meantime, please don't hesitate to contact me at: ejoy@siue.edu or postmedieval@palgrave.com.

"When Did We Become Post/human?" [inaugural issue of postmedieval]

If someone were to ask me for a quote about this new journal, I would say "postmedieval is more
than a journal: it's an event."

Jeffrey: how strange, but a quote just like that one appears on the official press release, and is attributed to you. THANKS!

I should have noted, too, that journal will be available both in print and online versions.

Congrats, and glad to be a part of this.

Should one of the strangest of all the strange yet joyous of songs by the Flaming Lips be playing? I thinks so.

Fantastic work you all who have labored over this for so long and so intensely. One of those moments where we can be happy to be medievalists, proud of medieval studies in general.

Karl: thanks for the link to Michael Bérubé's post/talk on cultural studies--it gives me much food for thought in relation to the trajectory of our journal.

Congratulations! And I think you have just signed Bradford city:

What a great article, Sarah; thanks for posting it. I love the line "The city ... will celebrate today by reviving its St George's Day parade, which will be led by the lord mayor, Howard Middleton, plus a dragon."

Just shows the ways in which hybridity is never the ruin of identity it is imagined to be...

This is so unspeakably exciting. Congratulations!

I look forward to reading Jeffrey's essay on the mid-human in the first issue.