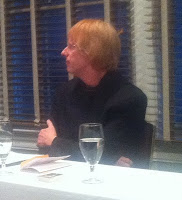 [The following remarks were delivered by J. Gil Harris at the conclusion of the AVMEO conference (3/11/2011, Washington DC). They are cross-posted from the GW MEMSI blog and are offered as a provocation to further discussion. Please add your answers, observations, and comments!]

Animal, Vegetable, Mineral.  If this conference’s theme sounds like a pre-modern version of the parlor game “Twenty Questions,” it is perhaps only appropriate that my response should also take the form of twenty questions.  The parlor game’s questions seek to arrive through processes of elimination and guesswork at a positive individual entity; but I hope my questions will do the opposite – that is, resist the allure of any singular or final answer to what constitutes the “Nonhuman Lives” of our conference. 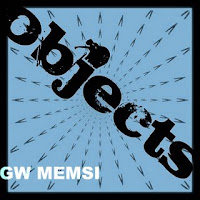 Human?
Posted by Jeffrey Cohen at 8:13 AM

Because I wrote many of these questions on the fly at the conference other, perhaps more compelling, questions that have taken me a couple of days to formulate didn't get raised here.

I'm thinking in particular now about Jane Bennett's discussion of hoarded objects, and how these might have a unique power to call us. I'm seeing resonances between Jane's talk and Eileen's compelling vision of a universe in which nothing leaves, and therefore nothing is lost. This is, in effect, a cosmology of the universe as hoard. But I also wonder about how much the call of things in such a universe is really a prosopoeia born of our desire, like that of Kathy Bates's character in "Misery," not to let go, or, like that of Norman Bates in "Psycho," to speak for and as the dead. Is the universe as hoard a Bates-and-switch? What room does it leave for us to hear the call of things that haven't been captured or stilled - evanescent things, speeding things, exploding things, shifting techtonic plates and their radically deterritorializing assemblages, tsunamis - and things that move into non-transcendent places where they can no longer be found, known, remembered?

The most ambitious part of me wants to answer each of Gil's questions in order, but the exhausted other parts insist I refrain. For the time being I will mention that one question in particular seemed quietly to me to limn the conference: "How do the terms “nonhuman” and “lives” invite us to think of their nominal opposites?"

We all knew that there had been a catastrophic tsunami in Japan, that thousands had lost their lives, and many many more lost everything they own. When Eileen invoked the tsunami during her plenary, I asked how we properly mourn within a vibrant materialism, which tends toward the positive, aesthetically pleasing and affirmative (though not exclusively, as anyone who has read the "Life of Metals" chapter of Vibrant Matter knows). Eileen also invoked a sentence from Whitehead of which she is justifiably fond, a statement in which he builds upon Heraclitus's "everything flows" (ta panta rhei) as the fundamental metaphysical problem. Or as Whitehead also put it "the flux of things is one ultimate generalization around which we must weave our philosophical system." (Sorry Eileen I can't remember your exact quote.)

So what do we do when that flow is lethal? The internet is full of video of the tsunami (eg) in which human-made objects that used to seem substantial (cars, trucks, sailing vessels, houses, stores) are pushed along by the relentless black waters, perversely animated objects that are whirled and crushed by a deadly -- or, let's face it -- utterly indifferent flow. We can't think about these objects separately from the those who made them, those who dwelt within them (and drowned or were crushed when the waters overcame them), those whose livelihoods depended upon them.

Here is a better link to that video, embedded with two links to donation sites.

Karl Steel said...
This comment has been removed by the author.
2:16 PM

Lateral response to some of what JGH says:
"Eileen's vision of a universe in which nothing leaves, and therefore nothing is lost."
I heard this as paraphrase of the laws of conservation of matter and energy. We might also think of 'energy' as (matter) memory.

Finally (and disjointedly), I think less about the worry of my not hearing and more about the wonder of an OOO world in which things call to each other all the time, each hearing what its unwelt allows, each being touched by what its umwelt allows (per Radiolab, again: "sound is touch at a distance," but per Harman or Morton, there is NO touch at a distance: all touch is immediate, or, if not immediate, then in the midst of a new object created by contact between a real and sensual object). Here the hoarder is the model of the OO philosopher, someone aware of the interactions (ANT) or inter-relations (OOO) of nonhuman others, someone wanting not to let these interactions or inter-relations slip from them, which is, I think, what Bennett was getting at.

And, as you know Jeffrey, what does VM, ANT, or OOO give us for any particular ethical concern. Why should I care in particular about these arrangements of stuff? If I see things at another speed (sped up or slowed down from my human time), then will any of what seems to be catastrophe even register? Are all ethical stances always necessarily parochial?

(And because Karl has diligently reposted his excellent response to my post, I must repost my response to his response:)

I like the idea of the inescapable parochialism of catastrophe. At micro- and macro-levels that our ethical as much as physiological senses do not routinely grasp, catastrophes are always unfolding. Is there a (nonhuman) community of actants that sheds (nonhuman) tears every time the vast bacteria colonies on our elbows -- referenced by both Karl and Jane in their plenary talks -- get decimated by our morning showers?

Gil asked us such a rich set of questions at the closing of the conference, and the commentary here is very rich. As Jeffrey noted, we're all likely too exhausted to go through ALL of Gil's questions [many books have already been written on some of them]. As to the question, implicit [I think] in several of Gil's question--

--I think one [longer] response to that must be Eugene Thacker's recent book "After Life," where his project is partly to to raise the "challenge of thinking a concept of life that is foundationally, and not incidentally, a nonhuman or unhuman concept of life," and where he spends most of his time excavating philosophies of life from Aristotle to Aquinas to Kant to Deleuze to Bataille to Badiou [with many philosophical pit-stops in between]. Thacker is trying [I think] to make the argument that thinking upon "life" and the history of thought itself [at least, within a certain Western tradition] have historically been so inextricably entwined as to be difficult to think apart from each other, and therefore the idea of "life" itself has actually limited thinking itself [in different ways in different "eras" of thought]--amazing argument, actually. Can we think "life" outside a certain tradition of "thought"? would be another question, then, to add to Gil's other questions.

As to Karl's nods to theories about multi-verses and worlds being "ejected" from black holes [or in my example in DC, being "projected" out of them], I still maintain [I guess, following Timothy Morton, who does a lot of reading in physics, too] that there is only one "universe" whose totality is impossible to grasp. So, for me, black holes and whatever is *in* them or comes *out* of them, is still all folded together--if anything were truly "somewhere else" and completely non-contiguous with "here," then how would we think that? How do you get from "here" to "over there" [even mathematically]?

As to Gil's provocative comment here, too, about the tears possibly shed after each morning's shower for all of the lost microbes, as funny as that is, it does raise really interesting questions about the function of mourning/grief in human and nonhuman groups/worlds. Without going [maybe] to ridiculous lengths, I sometimes like to think of the humanities as a place that could help us to broaden the ranges of what would "count" as mournable subjects, while at the same time, that very same humanities would increase our capabilities to see the vast absurdities of this world, its innate humor, such that mourning would one day be completely unnecessary.