Her Thoughts Were the Hymns of the Praise of Things: The Vibrant Materiality of Jane Bennett 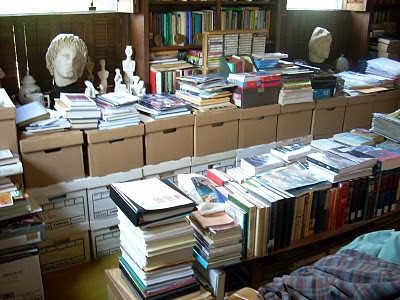 Figure 1. My father's study-hoard, one of many in our house in Arlington, Virginia

As Jeffrey and Gil Harris have already shared, HERE, HERE, and HERE, the "Animal, Vegetable, Mineral" conference held at George Washington University this past weekend was an extremely provocative and memorable event, raising more questions than it even tried to answer, and it also represented, I think, a kind of critical becoming-plateau of rich convergences between medieval and early modern studies, thing theory, new materialisms, philosophy of science, actor-network theory, post/humanisms, critical animal studies, political ecology, dark ecology, speculative realism, and object-oriented ontology. It also demonstrated, I really believe, that some of the disciplinary and period-defined silos that have kept so many of us apart for so long, are really beginning to fall apart in ways that are both disorienting and also hugely productive. The time has come, it finally seems, to be less, and not more, sure of ourselves, as the "speculative turn" is beginning to articulate for many of us so cogently, I really believe.

Yours truly spent part of the conference recording the nine featured talks (by Karl Steel, Sharon Kinoshita, Valerie Allen, Kellie Robertson, Peggy McCracken, Carla Nappi, Julian Yates, and myself) and the plenary talk by Jane Bennett, "Powers of the Hoard: Notes on Material Agency," and it will take a little while to get all of these recordings edited and uploaded online, but to at least get the ball of conversation rolling as regards the themes of the conference, I spent yesterday working on the audiofile for Bennett's talk and it is now available through the Internet Archive here:

I've been thinking a lot about this talk since hearing it in DC last Friday evening, about its articulation of a distributed material agency and "strange attractions" between humans and things (through the example of some of the most extreme case studies culled from the A&E reality television series, Hoarders), and also about Bennett's avowed desire to use, with humility, the always imperfect tool of human language and human poeisis, not to “capture” things in her descriptions of their sensuous (yet resistant) emanations (which are always “otherwise” to representation), but rather to “tune” her own sense perceptions toward the “frequencies” of things, which Bennett believes are “vibrating” and even “calling.” This will also entail making new languages (and poetic ones at that, for poetry desires to get close to the ontology of things), not to nail things down, but to throw some “sand and grit” into the spaces where thing-power often slides into the human co-option of that power, and to thereby render the self “more susceptible” to the “non-linguistic communicability” between vibrant materials (of which we, too are one among many vibrant materials; we, too, are “thingly, and there was never a “we” before embodiment--we are always already an “array of bodies, nested sets” of bodies). Her talk also got me reflecting on the humanities as a discipline of hoarding: when it comes to texts, especially in medieval studies, we can't let go of anything. We are eminent hoarders. As I grew up with a father who hoarded books as well as any piece of paper, ever, that got into his hands, I should have figured this out a long time ago.

In person, Jane Bennett was as lively, luminous, and generous as her thought and writing. She models for me the spirit of a self (or self-becoming) who, cadging from a recent post by Levi Bryant, is constituitively open to the coming of every-thing and who purposefully bypasses (and even up ends) “the dismal philosophies of mastery that we so regularly witness at symposiums, so easily marked through their lack of humor and their claims to seriousness.” Like Whitman, a poet I know she adores, her "thoughts are the hymns of the praise of things."
Posted by Eileen Joy at 11:19 AM

All right! I can't wait for your Bohm paper. Here is my first response to this.

Thanks for this Eileen! Your glowing account echoes my memory and feeling of the event and of Bennett's thrilling talk.

I'll take the opportunity here of plugging a few of my ideas:

a) that Bennett might discover resources for a non-pathological account of hoarding in gravity, which is a kind of universal hoarding force

b) that the speculative turn might also be thought the haptic turn, if we think of being touched back by the ineffable, being touched, in other words, by what always will exceed our sensing it fully

Love the term "strange communications"! I'm stealingmit to complement my "strange attractors"! We'll all have to throw a symposium together at some point.

Karl: I am VERY enamored of your idea of a haptic medieval studies, especially as you elaborate it here. This fits well, also, with Bennett's idea of "strange attractors"/strange attractions between objects, including persons.

certainly some aspects of Gibson/M-Ponty would make sense in such a context/trajectory, talking about what exceeds our attempts at gaining a maximal grip seems preferable to talk of objectified withdrawal, and I like thinking of what is touching as including what is moving, this would start to address the motivational/care gap that Simon Critchely is wrestling with. Lingis has a related sense of fetishes as callings/extensions and not as merely narcissistic enhancement.
-dmf