Can Humanists Talk to Postmodernists? 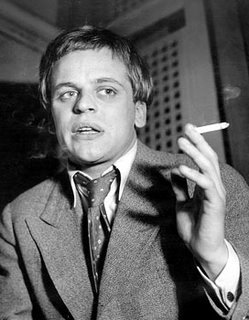 Mark Goldblatt's essay, "Can Humanists Talk to Post-Modernists?", in which he argues that, in the end, "There is . . . no final arbiter between the humanist and postmodernist positions," is just the kind of thing that makes my blood boil [and thanks to Emile B. for passing on the link]. Goldblatt's essay articulates, in fact, the exact supposed impasse out of which the BABEL Working Group, to a certain extent, was born. At this past May's International Congress on Medieval Studies held in Kalamazoo, Andrew Scheil, in his remarks at the "Is Beowulf Postmodern Yet" round-table session, posed the question of whether or not BABEL's humanist impulse was incompatible with its desire to situate a "new humanism" within a set of postmodernist discourses, and Prof. Scheil identified this incompatibility partly, I think, in what I will admit is a kind of fissure, or small hairline crack, between BABEL's wish to resuscitate a certain type of traditional humanist philosophizing and its commitment to schools of poststructural thought that have, to a certain extent, "undone" the most cherished tenets of traditional humanist thought. This subject was actually addressed at our first "Medieval to Modern Humanisms" roundtable session by Doryjane Birrer [a specialist in contemporary British literature and theory at the College of Charleston], who argued there that,

From a liberal humanist perspective, theory is monstrous, given that tenets such as the construction of human identity, the mythical quality of any idea of universal “human nature,” the contingency of meaning and provisionality of truth threaten to undermine the values seen as crucial to the maintenance of a humane—in fact, “truly” human—society. From a postmodern theory perspective, liberal humanism is monstrous for its complicity in so-called humane value systems that have led subjects (I hesitate to say “humans” or “humanity” in this context) to be dupes interpellated with the illusion of free will into, for example, oppressive social systems or ideological state apparatuses, to swipe briefly from Althusser.

At the same time, there has also been, in recent theoretical debates, what could almost be called a new "turn [or re-turn?] to humanism." Witness the symposium held by the editors of Critical Inquiry in 2003 to discuss the future of theory and literary/aesthetic studies more generally in the American university, as well as Edward Said's late writings, which Birrer also discussed:

Edward Said (in a series of lectures collected shortly before his death) argued for a more productive conception of humanism . . . . Drawing on Vico, Said described humanistic knowledge NOT as totalizing and transcendent—theory’s major charges against it—but as “radically incomplete, provisional, disputable, and arguable.” Said continues that humanism today must “take account” of that which it has repressed or deliberately ignored in its original White/Eurocentric patriarchal incarnation. Humanists, he argues, “must situate critique at the very heart of humanism, critique as a form of democratic freedom.”

Rhetoric calling for a more humane world was ubiquitous in [the participants of CI's symposium's] meditations on the future of theory, as were calls for a reevaluation of possibilities for human agency, reconsideration of what Homi Bhabha—who identified himself directly as a humanist—called “modes of personhood” or human identity, and increased attention to the “languages of cultural description and representation” as characteristic of humanistic discourse. Terry Eagleton in the same year (in After Theory) called for a belief in at least some absolute truths (“racism is evil” being one; “corporate greed is poisoning the planet” being another), and for more attention to such messy subjects for theory as morality. Bruno Latour’s statement for the symposium covered much the same ground, suggesting that theory’s own tendency toward absolute relativism and indeterminacy had undermined its grounds for political action—in which case, I would add, it might well be characterized as less than humane. And William Haney’s recent work in consciousness studies—in an intriguing argument whose complexity defies the truncated scope of a roundtable—outlines how “many of the principles of deconstructive postmodernism . . . do not necessarily contradict and in fact often complement the principles of humanism,” including helping to constitute a productive story of the unified, irreducible, and autonomous self.

There are some, like Goldblatt, who would argue that, whereas humanists are supposedly always trying, through "common sense" and "goodwill," to arrive at a judgement--aesthetic, moral, or otherwise--the postmodernist, by contrast, apparently celebrates [and affirms by not affirming] the logical contradictions and "unfalsifiability of everything" that make critical judgement impossible. But the definitions of "humanist" and "postmodernist" upon which Goldblatt's essay depends are so anemically and narrowly defined as to strangulate even the possibility of what I would argue [following Birrer and others] could be a very socially capacious and ethical postmodern humanism.

The question for me is that, whether it is certain postmodern discourses, or certain scientific discoveries, that call into question traditional humanist "verities," such as "the human," "free will," "the autonomous self," or whatever, both sets of discourses admit of both facts and perpetual uncertainties. The important question is not, "is humanism incompatible with postmodernism?" or even "is humanism incompatible with science?", but rather, how to safeguard the culture that makes this and other "human" debates possible? How, further, to safeguard and promote a free exchange of ideas that has at its foundation the very "human" desire for virtue? And yes, virtue is one of those humanist values that is rooted in a human self, yet always reaches beyond itself toward others, human and non-human, living and dead, past, present, and future.

Just a quick addendum to my latest post to say that, having read Goldblatt's essay two or three times [it kind of makes my head swim], that I realize that there is some heavy sarcasm being employed there [albeit the essay also represents a serious argument], and I detect an anti-theory bias in it. Regardless, his terms are such that he minimizes to a fault the intellectual postures of *both* camps [humanists *and* postmodernists]. What do others think? Also, are medievalists inherently more "humanist" than they are "postmodernist"? And what might that mean, exactly?

Okay, I just realized that, yes, Emile B. sent me the link to the Goldblatt essay, but so did Mary Ramsey (about a month ago), which I forgot. Just wanting to spread the credit (or blame?) around a little.

"Secular humanists suspect there is something more gloriously human about resisting the religious impulse; about accepting the cold truth, even if that truth is only that the universe is as indifferent to us as we are to it." Tom Flynn

Quick not too bright responses:

Well, you know me. I want to suspend the 'human' altogether, although I suspect that by plugging in the word 'subject' as a substitution, I'm not doing anything other than slipping the human in under another name.

"Well, you know me. I want to suspend the 'human' altogether, although I suspect that by plugging in the word 'subject' as a substitution, I'm not doing anything other than slipping the human in under another name."

Finally, Karl is coming over the the dark side of the humanists! A friend of mine, who I quoted at length in a previous post, recently brought to my attention Gomez Davila, who Michael described as a "Columbian aphorist, anti-modernist, some would say reactionary but I would say just not-very-cheerful about things?" Davila wrote that "every true humanism involves a critique of humanism." This echoes what Edward Said argued in his last set of published lectures.

Finally, Karl is coming over the the dark side of the humanists!

It's more that I can't see a way to get past it. And even if I did, what ground could I stand on that would allow me to speak? It's not as though there's something 'out there' beyond species!

Right, Karl--as science shows us, we have to accept the fact that we do represent, on whatever scale, continuum, "family" tree, evolutionary or otherwise, a unique *species*. At some point, we decided to call that "homo sapiens" [knowing man], and then "human," and now the difficult task is determining which traditional definitions of "human" are suspect, outmoded, dangerous, but also good and virtuous, and what kinds of *new* desrciptive language do we need to define what "being human" means, and why that should matter from a more "global" perspective.

Right, Karl--as science shows us, we have to accept the fact that we do represent, on whatever scale, continuum, "family" tree, evolutionary or otherwise, a unique *species*.

Right. But what I've been trying to get my head around are the full implications of evolution not being teleological, not a tree, but rather being arranged in terms of optimal functioning within a habitat. Rhizomatic, you know. A certain bird is not better than another certain bird, or a certain lizard, not 'more advanced.' but rather more or less successful in its own habitat, which means cooperating with climate and, as consumer, as prey (or fertilizer), and as host, with other species. Figuring out how this applies to the human should go a long way towards getting us out of naturalizing what I think a teleological and provincial conception of the human. But my problem is that it's not as though figuring out that my existence as a unique (but ever evolving) species is as special as any other species is going to propel me into being able to think past myself. And I'm afraid, too, that that desire to get past myself sounds rather too much like any number of transcedentalist dreams, even if thinking past yourself seems, also, the foundation of ethics.

But what this means in action? Who knows. And I suppose that's where I come back to your post.