Semiotics of the Department Chair's Office 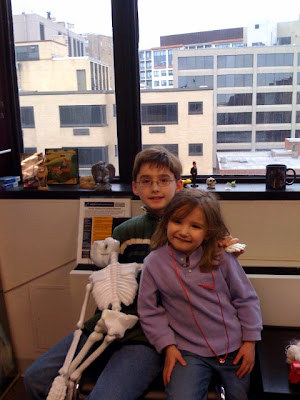 Close scrutiny of the image at left reveals the following:

Posted by Jeffrey Cohen at 3:20 PM

You made that emergency plan up, right? Or are there really people other than you with a quirky, morbid sense of humor at your university?

I'm having a hard time seeing everything you mentioned, but I noticed you didn't mention the pensive gargoyle.

I did actually submit that plan, knowing it would be rejected ... but the whole exercise seemed so dumb to me that it called for a ridiculous response.

There's also a "gargoyle" of a friar picking his nose -- from Oxford, I think, a replica of a Victoria fantasy of a medieval gargoyle.

Anonymous: Look, my daughter is only three. If you want spelling perfection, ask the ten year old. Next thing you'll be telling me that Hil(l)ary's golden hair comes from a dye bottle.