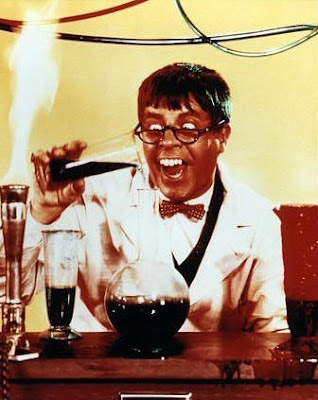 Prof. de Breeze recently had a post about making a Pedagogical Hail Mary Pass: seeing that the instructional ship is listing like an iceberg-impaled Titanic, yet nonetheless rescuing the classroom from its looming demise (often through this thing called "innovation"). But what about those days when, despite your best intentions, the ship sinks to its chilly grave all the same? What if you are the iceberg?

Early in my teaching career at GW, I was assigned to teach "Survey of British Literature I" at an ungodly hour, so early I could only imagine that my students would be going to bed after the class. At the time the university required all students to take a literature course before they graduated, so many of those spending 75 minutes twice a week in my classroom had no particular interest in being seated there. I knew that, so I decided to be creative: they would be mine! They would all become English majors! I dreamed up all kinds of song and dance routines to engage my captive audience. Because this story unfolds in the days before multimedia classrooms -- I'm not even sure the internet had been invented, and I'm fairly certain I was riding an elderly donkey to class each morning -- I did not have the option of DVDs and PowerPoint and YouTube.

Inventive Me came up with a GREAT idea for teaching Beowulf. I began the class by turning off the lights and inviting the students to gather at the front of the room. I lit a tall red candle, and we formed a circle around the dancing flame. I then opened my Klaeber and read in Old English the incursion of Grendel into Heorot -- those amazing lines in which the god-cursed demon stalks with the rising mist from the moors, not knowing that Beowulf awaits within the gleaming hall. I somehow thought that all of us, huddled around the fire in the dark and listening to a narrative that implants itself as much in your body as it does your soul, would be transported back in time to a dangerous and small world, to a circle of light bounded by fears of death and engulfment.

As it turns out, my dramatic reading was interrupted every thirty seconds or so by students arriving late. As each new opening of the door and bewildered look on a young face broke what little mood I had established -- as each visage registered What the hell is going on here? Why is the room so dark? Who is that crazy professor with the anemic candle, and why is he chanting gibberish? -- well, as each intrusion ensured that no time travel would in fact take place, I realized that I was the perpetrator of pedagogy gone wrong.

My class never recovered from the day of the candle. Oh, don't get me wrong: according to my evaluations my students liked me and the class well enough. But they would never really talk to me from that day onwards, and always sat as far back in the classroom as possible.

What about you? Have you ever tried something innovative in the classroom, only to find that your pedagogy had gone horribly wrong?

Posted by Jeffrey Cohen at 7:31 AM

Thoughts of that candle are still making me giggle. And, so, in honor of that honesty, JJC, I'll share my worst hail mary pass... my first teaching assignment was a survey of British literature, too. I was a grad student, all fired up to bring theory to my section of students. in a section on shakespeare's sonnets, I did a dazzling song and dance about the relationship between desire, the young boy, the dark lady, and the speaking subject, using Sedgwick's _between men_. We examined how the sonnets formulate queer desire for both young male and dark female bodies... or so I thought. Then the papers came in. Crikey. One of my students argued that ANY TIME a male author's work contains negative representations of women, the author was probably... gay. The student cited my song and dance as proof, and went on to conclude that, given the representations of women in Brit Lit, most of the authors in the Norton anthology had to be gay. using queer theory, I had made one of my students homophobic.

Well, it's not very innovative, but... I once organized part of my medieval survey class around students giving presentations on the essays in Rosenwein & Little's Inventing the Middle Ages (is that what it's called? I may have it wrong). Alas, my skimming of the book before I adopted it wasn't close enough for me to realize what would happen: the students COMPLETELY didn't understand the essays. Which became clear the first time we did this. And I had it woven throughout the semester. That was fun.

This may sound like a friend-of-a-friend urban myth, but it's absolutely true. I have the proof, if it should be required of me.

An eminent (now retired) Professor of History at Glasgow lectured on the Norse invasions of Britain. When the exam papers came in for the course, it transpired that a goodly proportion of students had elected to discuss the Japanese component of this Viking expansion. There was an investigation. And you'll need to picture the following spoken in cut-glass artistocratic English tones, to an audience of largely lowland Scottish teenagers: 'so these chaps came over here in the 780s ... what you've got to remember about these chaps is that they were expert sailors ...'

This is more a story of wrong pedagogy gone strangely right:

Once, as a TA, I returned from a conference late in the semester having lost my voice -- and I mean I had really, really, lost it. Public speaking of even a single sentence was out of the question.

This put me in a quandry -- I had cancelled classes while I was at the conference, but the students needed to cover that material. There wasn't enough time left in the semester to make it up later, and I couldn't find a substitute.

My solution was to write up a paragraph explaining the problem, and then write about two dozen questions about the material on note cards, including sentences of the kind useful to class discussion -- stuff like, "That's an interesting point. Can you expand on it?" and "Can you show us evidence of that in the text?" When class started, I called up a student from the first row and she read my paragraph. We two then sat at the front of the class and I "led" a Socratic discussion of the material by pointing at students to speak, and having the student sitting next to me read outloud the notecards I handed her.

About two years later I ran into a student from the class, who told me that the class was convinced that it was all a sham, and some sort of weird pedagogical experiment. No amount of insistence from me could convince her otherwise. As the conversation closed, she told me that it was the best class I'd taught all semester.

I'm sure she meant it as a compliment to my alleged pedagogical experiment, but what it really meant is that my classes are greatly improved if I don't say a word!