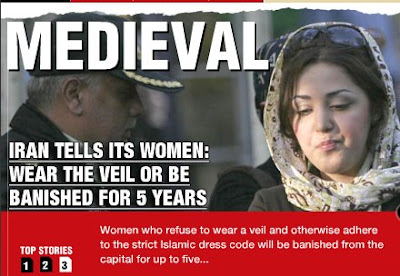 In honor (again and again and, indeed, again) of the impending arrival of a book I'm very much wanting to read, Bruce Holsinger's Neomedievalism, Neoconservatism, and the War on Terror. Description from here:

President Bush was roundly criticized for likening America’s antiterrorism measures to a “crusade” in 2001. Far from just a gaffe, however, such medievalism has become a dominant paradigm for comprehending the identity and motivations of America’s perceived enemy in the war on terror. Yet as Bruce Holsinger argues here, this cloying post-9/11 rhetoric has served to obscure the more intricate ideological machinations of neomedievalism, the global idiom of the non-state actor: non-governmental organizations, transnational corporate militias, and terrorist organizations such as al Qaeda.

Neomedievalism, Neoconservatism, and the War on Terror addresses the role of neomedievalism in contemporary politics. While international-relations theorists promote neomedievalism as a model for understanding emergent modes of global sovereignty, neoconservatives exploit its conceptual slipperiness for their own tactical ends. Holsinger concludes with a careful parsing of the Bush administration’s torture memos, which enlist neomedievalism’s model of feudal sovereignty on behalf of the abrogation of human rights

You may also peak at Amanda Marcotte on the opportunistic feminism of the right, where she observes,

I would also add that for those who hoped cultural relativism would be the cure for imperialism, I can see why you’d think that. However, you’re quickly being proven wrong by the Christian right, who has learned to mimick the language of cultural relativism just as surely as imperialists like Bush have learned to mimick the language of humanism. I cannot tell you how many times I’ve written a post protesting the imperialist, genocidal bent of Christian wingnuts only to have them show up in my comments and accuse me of intolerance of their religion/culture.

But let's not forget that Kathleen Davis wrote a good piece on Iran, compulsory veiling, and the West's fantasized medieval: "Time Behind the Veil: The Media, The Middle Ages, and Orientalism Now" in The Postcolonial Middle Ages (2000). There she was speaking of a dateline report that made a claim exactly the same as the one being put forth in this newspaper.