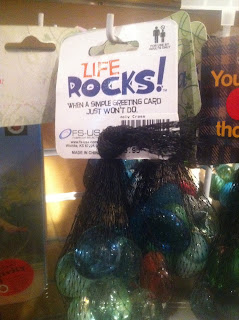 As this first semester of fellowship leave is coming to its quick end, I've been thinking about how fortunate I am to have had some time to be with my book project. Holly Crocker wrote an eloquent comment on the value of research leave that I frontpaged last week, and I'm not sure I can say anything more than she did, but I do want to emphasize something often lost when lawmakers (for example) talk about the supposedly easy life that college professors enjoy. Writing and thinking are hard work. They require time and cannot be rushed. Too often work is associated only with that which bodies perform. Standing in front of a class and leading a discussion is evidently labor, while devoting time to something as intangible as contemplation is not. Except, of course, it is.

Although there are days when I cannot decide if the book I am writing is innovative or simply insane, I am grateful to have the release from teaching and service that are enabling its composition. By the end of this week I'll be finished with the rough draft of the second chapter, putting me right on schedule. The particular chapter I'm writing has been conceptually the most difficult. It's on radiance, the ability of stone to intervene in human affairs in ways that are disruptively beautiful (I align this effusive power with aesthetic force and with what romance calls aventure, or transformative advent), as well as stone's ability to withdraw in an object-oriented ontology way: withdrawal indicates not an activity or intentionality so much as an inbuilt occlusion; stone, like any other object, is always more than the totality of relations formed with it, always possesses an unfathomed reserve.

Stone's radiance is not constantly perceptible, but when we do glimpse that force its power astonishes. Here's what I wrote about that wondrous word in my chapter:

The power of things to re-orient that with which they form relations precipitates astonishment, the state of being what in Middle English was written astoned. This adjective derives from the Anglo-Norman French verb estoner, “to stun” or “to be stunned,” which in turn comes from Latin tonare, “to thunder.” Astonish is therefore a word with a sonorous etymology, and indicates the feeling of being outside oneself that arrives at a sudden thunderclap. Yet for both medieval and modern Anglophone audiences the ecstatic term carries a lithic suggestiveness: a-stoned. Thus Chaucer describes a dazed Pandarus, reeling from Troilus’s rebuke, as rock-like: “This Pandarus ... stant, astoned of thise causes tweye, / As stille as ston” (Troilus and Criseyde 5.1728-29). Rock-like, those who have been astonished routinely fall to the ground, as the examples of astoned compiled by the Middle English Dictionary detail. Heidegger’s designation of stones as weltlos (“worldless”) seems to designate the same state until we remember that astonishment is a movement, an oscillation. The astoned person returns to consciousness – though perhaps, like Saul after the thunderbolt, no longer quite the same.

I'd been thinking over the past few days about how to bring together aventure and astoned, without all that much luck. But then the connection hit me this morning like a piece of coparius. I was taking my morning run, warm beneath scudding clouds, listening to Vampire Weekend's M79 (violins, harpsichord, drums and mountain climbing: what better combination could you ask for when you need an insight?). I realized that The Peterborough Lapidary describes what must be meteors in a way that resonates with Chrétien de Troyes's envisioning of the Storm Knight's fountain in Yvain (Le Chevalier au lion). Both the lapidary text and the romance link thunderous tempests, aventure, and lithic radiance (also called vertu). So this morning I wrote:

Lithic radiance means that stones astonish. The advent of this wonder is announced, sometimes quite literally, by a thunderclap; or, to put it differently, the stone’s radiant power triggers what romance calls aventure, an unexpected arrival that transforms the moment into which it erupts. The Peterborough Lapidary describes coparius as a rock engendered by clouds that topples to the earth accompanied by a tempestuous soundtrack: