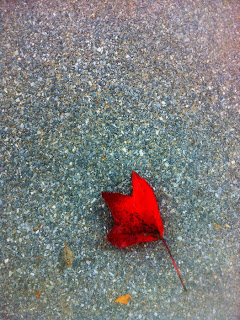 The latest volume of Shakespeare Studies (39) contains a cluster of essays on "Shakespeare and Ecology," edited by Julian Yates and Garrett Sullivan (Google books version here; Steve Mentz's post on the issue here). Despite the seeming narrowness of that designation (and the circumscribed ambit the journal announces through its title), the cluster offers a provocative set of meditations on literature, environment, ecology, theory, activism, historicism and presentism that scholars in many fields will want to read.

Yates and Sullivan frame their project using Bruno Latour's idea of the Parliament of Things, a democratic conversation about the future to which both humans and nonhumans have been invited (I wrote about the concept recently here, and connected it to the Icelandic Althing). Ecology is invited to do some speaking on its own, to tell "strange stories" that can "reframe" what scholars of Shakespeare -- but, really, humanists -- do. Many of the contributors begin their rumination via the etymological gateway that has become the standard trope for instigating ecological readings: "The German word [ökologie] took its root from the Greek word for 'house, dwelling'" (Feerick, 35); "At root 'ecology' designates the study, or discourse, of a house (oikos)" (Nardizzi 54); Mentz clearly has this derivation in mind when he writes of "Shakespeare's beach house"; "The eco- in ecology derives from the Greek oikos, house or dwelling" (Smith 104). Significantly, however, any such house is a place of fraught inhabitance. As Yates and Sullivan observe in their introduction, the authors prefer to remain "poised ... on a threshold" (30). Only Sharon O'Dair makes specific recommendations for the present, recommendations that align with data-obsessed scientific modes of ecology: deriving changes in animal size and populations from early modern texts, for example, to give biological studies a longer time span. She writes against what she calls the politically quiescent analyses aligned with Tim Morton, and finds in the "everything is related" school of analysis a surrender to inaction. Her essay ends by declaring "The present is too important to be left to the theorists. The present is too important to 'not act' or do nothing. We must act differently" (81). As far as this cluster goes, she is not in good company for assertion #1; Bruce R. Smith even argues systematically against it (without naming O'Dair) in his conclusion. But all the contributors, I think, agree with that last sentiment ... and yet believe that theory is part of the acting differently.

The essays vary in their subject matter; each is worthwhile reading. Jean Feerick looks at earth and humans as co-substantial bodies: made of dust, returning to dust, humans are "en-soiled" in ways that conjoin them to the earth as dual actors. Mary Floyd-Wilson gives a dazzling account of the powers of gems, vibrant actors in a world that typically saw only humans, God and demons behind materiality in motion (a diminishing of thing-power that Floyd-Wilson ascribes to early modern fear of the autonomous inhuman). Vin Nardizzi redefines ecology's house as the playhouse and demonstrates what the recycled timbers that were used to form the Globe signify at that time of severe wood shortage. Shakespeare's green spaces, materialized by the theatre itself, indulged an "evergreen fantasy," offering the audience a lost space as if it were not gone. It's a rich idea, and makes me wonder if the ecological turn in literary criticism doesn't accidentally replay that same fantasy. If it does, O'Dair's warning resonates even more ominously. Joshua Calhoun meditates upon the vanishing cover of his edition of Shakespeare's sonnets to examine paper production, textuality, preservation and sustainability. Sharon O'Dair, in quite a poetic piece, argues for data over sensibility inculcation, acting over theorizing. Steve Mentz in a typically provocative essay demonstrates what a blue ecology offers as it washes over and intermixes with green studies: inhuman and hostile spaces erupt within pastoral and balanced expanses. (I can't help wondering what other colors we should add to the mix...) Tribble and Sutton stretch ecology a bit to include embodied cognition and cognitive/affective distribution via tools and objects. Bruce R. Smith ends the cluster by thinking about world-making, openness, multiplicity and ecology.

No common agenda emerges from these pieces, yet the cluster possesses an admirable unity. Here, I think, is where the early modernist obsession with Shakespeare (or the demands of the current academic and cultural prestige system that pushes early modernists towards writing about Shakespeare) has its dividend: the common focus on a limited corpus does give the essays a communal feeling they might not otherwise possess. Medievalists don't possess any such figure; in a recent cluster on animals, for example, sponsored by Studies in the Age of Chaucer, I wrote on Marie de France. I wasn't alone. I also continue to believe that early modernists are far ahead of medievalists when it comes to ecological criticism, and look forward to the day when medieval studies possesses a cluster on the topic as lively as what Yates and Sullivan have assembled.
Posted by Jeffrey Cohen at 4:19 PM

Some strands of (early modern) ecocriticism, alas, do seem to conjure similar fantasies, unwittingly or not. What I can't decide is whether we need these fantasies, or (also) need to let them go.

I'm mostly for letting go of those fantasies, Vin, though it's also a basic eco-principle that nothing ever goes away. A principle of literary culture, too, I think. So we end up with unstable mixtures, such as the 2nd half of my essay.

I've been thinking lately about Catriona Mortimer-Sandilands's essay in Queer Ecologies that asks us not to mourn the dying planet, but instead to be melancholic about it, in the Freudian sense. I wonder if an unstable mixture is the result of eco-melancholy, or if these ideas are connected in other/different ways. (Also, I've not seen the new Von Trier.)

Do you know the essay, Steve? I taught it a few weeks ago, and it's one of the few essays in that collection that went over well in my classroom.

I don't know it, Vin, & Google books doesn't help. Not sure I'll get to a library in the next week or two, but it sounds interesting -- I suppose I'd reach for something more ecstatic than melancholy in my instability, but I'm interested in thinking about other possible responses. If you've got an e-copy...

I've not seen the new von Trier either, & the sad truth is my cinema these days is mostly in the company of 10 year olds. Looking forward to Sherlock Holmes, & may be forced to admit that Chipwrecked is sort of my sub-field...